Taking a Story from Picture Book to Novel

If you’ve been writing and submitting stories to editors or agents, eventually you might get a personal suggestion to take that short story you considered a picture book text and make it a novel for older readers, or take that chapter book and expand it to a novel for young adults.

This is what happened to The Voice of Thunder, which began as a short story I mistook for a potential picture book. This is also how many of the subsequent novels for middle grade readers I have written began their lives.

What does the suggestion to “expand” a story and re-fashion it for older readers mean?

Obviously, it must be longer. Not twice or thrice the word count, but ten to a hundred fold. A five-hundred-word story becomes a fifty-thousand-word story. But this tells of the size of the box, not its content.

Wider pertains to the cast of characters, (more enter the scene) and plot, (many more twists and turns) and adding descriptive passages that the illustrations would have done in the picture book, even as the same arc is essentially already there. You already have the beginning, middle, and end. It’s all the stuff in and around the middle that the writer must conjure.

Deeper means extra layers of character exploration. This applies to all the characters, the ones who were there before and the new ones. They all have a past and wonder about the future. They all have layers of ambiguity where the various forces that drive a character operate, sometimes at cross-purposes.

Writers are advised to make sure the age of the protagonists match the intended readership. This, though a technical detail, also helps navigate the deepening of the characters.

Every time I undertook this challenge, I became ever more appreciative of the art of Picture Books writing. I marvel at how it was all in there in the short version. Longer takes more time, but shorter is harder, believe me. 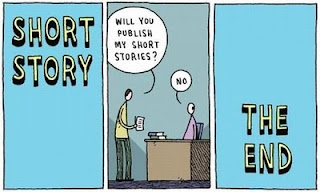 Yes, writing shorter works can be a lot more difficult. Every single word has more weight.

I am a reluctant novelist but some stories need 50K or more words. Writing short is definitely its own skill...and can be cultivated.

I liken it to poetry. Every sentence has many layers.

I'll be cultivating it for the rest of my life ;)

You are good with both, Mirka. For me as a writer, I'll always go with the short. (Maybe because I'm really a math person at heart, not a word person.) But as a reader, I'm so glad there are those of you who write the longer stories.

And this is what happened with my current novel WIP, if u remember it started out as a pb, and our group critiqued it. Some said to expand to a novel! Now if it will just sell!

If I were a publisher it would have been sold (to me) already.

Great, and not without truth.

When Shakespeare wrote in Hamlet, "brevity is the soul of wit" I wonder whether his editor wanted him to shorten it to "brevity is wit's soul." ;-)

As a copywriter who sometimes had to count characters-- not words--I know how difficult writing briefly is.

Indeed. Not only briefly, but briefly and well.