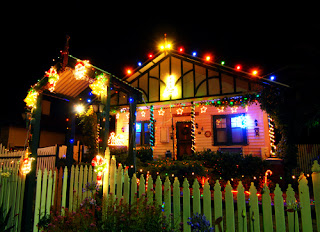 And where I am it is always--- 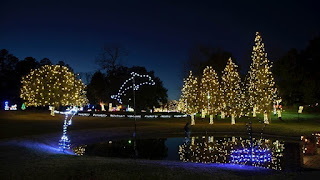 {Even the lights dolphin ^ agrees it's springing spring} 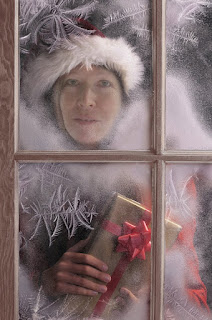 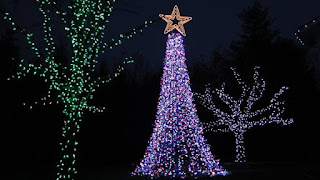 There are words that have changed meaning over the generations. Think how cool went from “of or at fairly low temperature” to an expression of admiration and approval, sometime in the 1950s, and to this day. Think of how bad became someone who is super cool in the 1980s.

Words are the writers’ basic tools. So we have to know them and their ever-evolving meaning. Some are obvious when they morph, such as the above. A teen’s comment to another that “you’re so bad” is a statement of praise. Got it. But then there are the super subtle nuanced meanings that require a good ear.

One of these that have perplexed me is the evolution of the word interesting.

When I was growing up, and in the circles I inhabited, this was as high a praise you can bestow on a person or a thing. Aside from the obvious virtues of a principled character, intelligence and a good heart, being interesting is as good as it gets. But when DD became a tween, I discovered it has another meaning.

“Interesting,” she’d say, when she meant, “I don’t care for it but I won’t say that outright.” It is said in a different tone, one that suggests ambivalence. It got so I would follow these statements with a question, “do you mean it’s riveting or that it’s odd in a way you don’t really care for?”

Eventually I just asked,” do you mean ‘interesting!’ or ‘interesting... L’?”
I thought it was a generational thing, or possibly a cultural difference, as I grew up in another country. But recently I got some feedback on a manuscript that began with “Interesting.” After the period came a qualifying sentence that suggested the critic didn’t want to make an outright negative statement, but they were not favorably inclined.

So this other meaning of interesting has crossed over to my generation.

I find the subtleties of language, well, interesting. 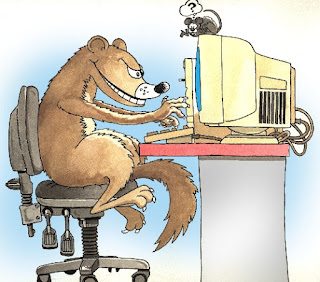 Dream, and Dream Some More

My late father was a holocaust survivor who lost every member of his family. He lived this dark nightmare in his teens, and came out of it not only a physical survivor, but also a person capable of deep love for humanity.

When my stepmother asked him how he survived, she was not asking about factual practical details. She was asking about his psyche, which was exceptional in endurance and creativity.

“I dreamed,” he said. “I’m still a dreamer.” I imagine that wherever he is now, he's surely dreaming.

I realize that I’m his daughter in this sense. I have not had to endure the horrors of his youth, but I have had challenging times. From an early age, I, too, dreamed.

When I was in kindergarten, I imagined that I had a real Mickey Mouse for a special friend. My secret pet lived under my bed, where no one else ever saw him. When everyone went to bed, Mickey and I would talk for hours, and he even gave good advice, that mouse.

I continue to dream. Only now, it’s a focused engagement that winds up in the form of manuscripts for young readers. This is part of why first drafting a story is my mental and emotional salvation. The rest of the work is dues I pay for spending so many hours dreaming.

When friends tell me they can’t write fiction, I know they are not focused dreamers. Or perhaps they don’t realize that when they use their imagination to solve problems, there is focused dreaming going on, which they could use in serving a story.

To all you dreamers~~~ 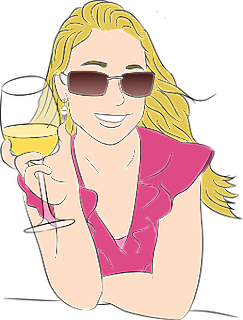 Third night of Hanukkah, and our yearly holiday party is still not on.

For many years we had a few families get together to light the Hanukkiya, the holiday menorah. I fried latkes and together we sang. Then we ate. The children played Pin the Candle on the Menorah, (yes, that Donkey’s tail had a Jewish version at our house) and spun the dreidel earning unshelled walnuts. 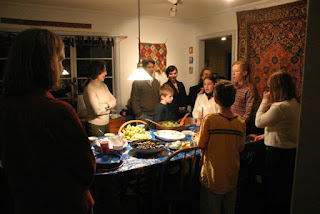 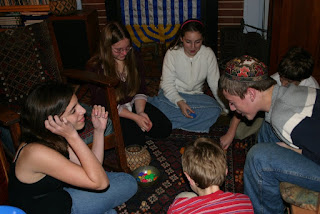 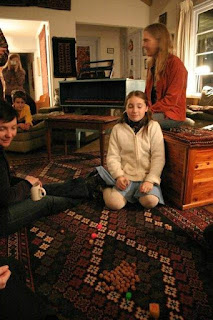 The children grew taller, we grew older, and the parties kept coming regularly on the first Saturday night of Hanukkah.

Ten year ago, my party supplies were ready. Invitations to the party sent, and we were all set. Less than a week before the party my mother died.

I just couldn’t have a party that year. The next year, on the very same date, my father died. No party. 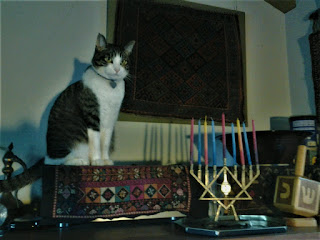 It has stayed broken. Some traditions, once interrupted, just don’t make it back.
Mr. Monk, the feline guardian of the candles^, disappeared right after Hanukkah last year,

But we have the memories, and the stories are for as long as we remember to tell them. Like the story of that time long ago, when the Maccabees fought back and retook the temple and in the holy of holies the light of the Menorah shone again.

May your holiday lights shine bright 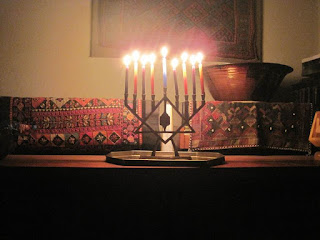