Out of the COMFORT Zone~~~

There is a valid suggestion, not only for artistic creative folks but for all, to get out of one’s comfort zone now and then. 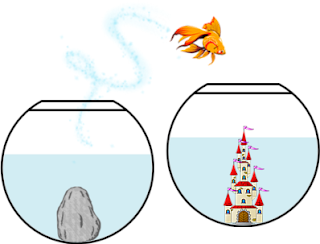 The thing about comfort, which has much to recommend it, is that it has a lulling affect. You don’t want to walk through life lulled all the time, do you? Certainly not if you want your muse to keep talking to you.

So this last Sunday I did something that took me out of my comfort zone. At least that’s what I told myself to get Self there. I went to an in-person meeting with lots of folks I don’t know, without a single person I do know. The last time I did that was before the invention of the wheel, or so it seems to me.

The meeting was of local SCBWI members, (Society of Children’s Book Writers and Illustrators) and for the first time this chapter was meeting in a café practically in my neighborhood. It was too good not to go to. Sunday morning is a perfect time for me. I know the café and I like it. It stopped raining and the sun washed the streets with rays of positive vibrations. I had no excuse.

What’s the big deal, you say?

For a shy person it is a big deal.

Everyone there was lovely and many were lively. I pretended not to be shy, (that’s one of my specialties, developed of necessity) and tried to be helpful. It was nice.

But here’s the real deal— I got out of my comfort zone and the creative juices reconstituted into liquid flow. A good, good thing. 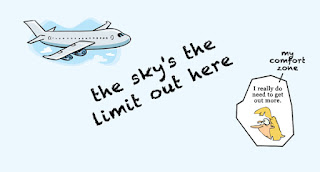 What would you do to get out of your comfort zone?

IS IT ALL RIGHT TO WRITE ABOUT PEOPLE YOU KNOW?

We frame our reality is stories. We remember life’s occurrences not in the continuous minute details of everyday, but as episodes, or chapters. Memories become the fictional story of life, a subjective interpretation of objective reality.

Thus, fiction and non-fiction tread a fine line. A writer who conjures imaginative stories may believe her telling has little to do with people who have crossed her path.

I always write about what I know. Let me put it here. Every character I’ve ever written (and I only write fiction) had a connection to someone or someoneS I know or knew.
But they always wound up so changed that they were no longer, factually, those people. That’s the beauty and the truth of fiction. It allows shaping people/characters in service of the greater story.

My literate, poet father, who understood the power of fiction better than most, also understood how blurry the line would be for most readers. Even if the story were never published, some friends and beta readers would have read it. He was right, because many of them clearly did not make the distinction.

I then went into my frustrated mode and said the unthinkable. I quoted Anne Lamott (Bird by Bird)

“A writer should write as if their parents are dead,” I said.
“But I’m not dead,” my father said.

My father died some years later, and before the story had a publisher.

Herein lies the dilemma. You should write what you know. What you know are the people and stories you know. But you should not kill anyone real in the process. 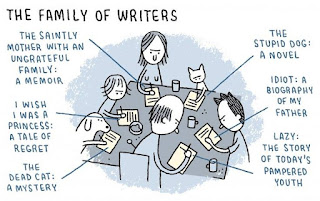 The way I have managed telling the truth in my fiction is to begin from what I know and then let it be sufficiently different, let it sail away, to where only the unimaginative would insist it is a memoir. (And, by the way, everyone is entitled to write an honest memoir, also. I just never did.)

When it comes to non-fiction posts mentioning real life family members or friends, (such as this blog's posts, comments on social media, or articles) I follow the golden rule. I will not speak of others as I hope they will not speak of me. If I need to say something unflattering, I will disguise the person beyond recognition.

Fiction is liberating. I especially like magical realism, where the story can fully manifest and the theme can glow because listeners/readers are unlikely to confuse it with real life. There I get to tell it like it truly is, or at least as I understand it.

I welcome your thoughts on this, as a writer or a reader.

How can you make your blog/tweets/Instagram/site/whatever catch on?

As one who has never had a post take over the Internet by storm, (or as they call it, go viral, which sounds ominously sickening) I can’t speak from experience. I’m an observer, just like you. 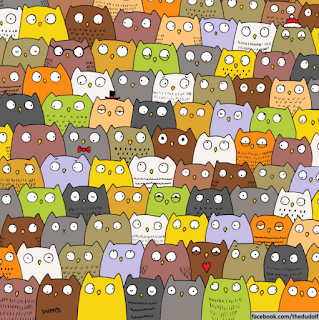 I find there are three kinds of posts that sometimes (but statistically rarely) catch massive attention.

The first are inspirational yes-we-can and never-give-up and the-best-is-yet-to-come sort of posts. When written with passion and conviction, (and especially from experience) they are needed and wanted and— let’s face it— like water on parched earth. I save, disseminate, and re-read these.

The second are the things-are-so-hard-right-now and I-could-use-your-support for-the-challenges-I’m/my friend/someone I know-is- facing and feeling-overwhelmed sorts of posts. If the story is told well and from a place that feels authentic, our empathetic nature just gravitates to disseminate these and try to enlist help.

The third sorts that catch attention are the mysterious, impossible to explain. At least I can’t. These are the nonsensical-peculiar and can-you-please watch-this-because-it-is-intriguing/amusing/or I don’t know what and what-the----?!?
Example of such is here.

The third kind of viral posts exemplify why no one can reliably plan an economy, or predict the future, or answer the ultimate matter of why we are here with complete accuracy. 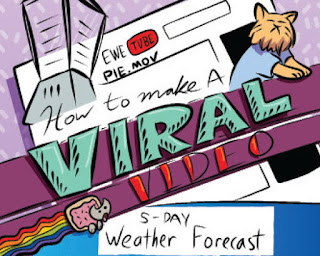 And these third viral kinds of posts are the most interesting to me. Even though most are strangely inane, I continue to marvel at what our species will deem worth our while.

There are a lot of ‘how-to’ books about how to become a writer, i.e. one who produces regular output of writing with the intention to publish. Whole chapters dedicated to the disciplinary aspect say to—


{I will admit this last one is one I have found to work for me. I’m a five-days-a week morning writer.}

But what I have not found in any of the mavens' sites or books is the suggestion to not overdo it.
Of all the things I have learned about myself, this one has been the most helpful.

So here it is:

No matter how inspired I feel and how well it’s going on any given day, this is not a horse race. I set a maximum of pages/word count/time that I will not exceed.


Because there is no reason for a self-caused burnout. I’m in here for the long haul.

For me, this has meant a personal minimum and a maximum output. This is not a fixed output, because novels and picture books are different in this regard, and I write both. But for either, I have come to understand how important it is for me to hold my fire and my horses. 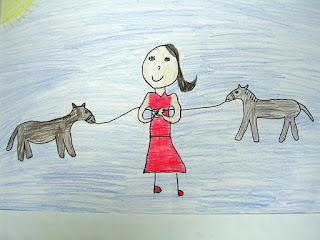 I intend to write for as long as my life and focus allows. I hope that will be many more years.

And you know what? Of all the how do I do it, this one is the hardest, especially at times. But it turned out to be the most helpful. I doubt I would’ve braved a second, third, or fourth novel without sticking to not overdoing.

Here's to a productive lifetime. Understanding how you work, and finding what works for you.