Public Me, Public You

When the great Nora Ephron died, the shock was that she died from a long illness she completely hid from the public.
This was the Nora Ephron whose reputation was as a revealer of personal warts. The Nora who wrote so poignantly about the betrayal and disillusion of her marriage in Heartburn; the struggles with her aging appearance in I feel bad about my neck, and gave the same impression of intimate candor in her essays published by the New Yorker.
This wonderful storyteller, who could be thought of as the original blogger, was the same Nora Ephron who was diagnosed with a terminal illness six years before she passed away, and shared none of it. Not with the public, anyway. 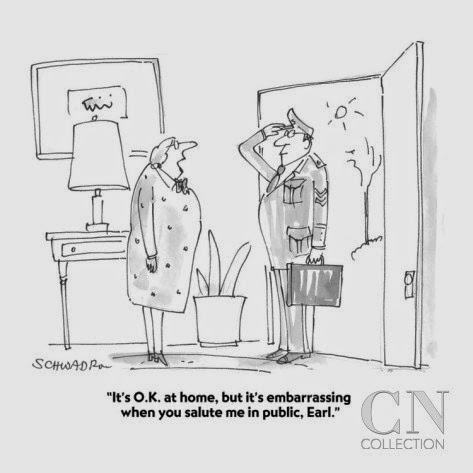 Here are my Public Me rules:

*Do not lie, fib, or invent glories. Praise should come from someone else.
*Share your failings if you think someone may find it helpful. Writing is about getting out of the isolation booth.
*Do not push all your warts on others.
* Never ever, no matter how tempting, share your children’s warts. Or your identified friends’. Or anyone who isn't begging you to do it.
*If you choose to write a rah-rah-aren't-things-grand-in-my-corner sort of blog, that’s all right. But no one wants to read those for long. Just the sunny-side makes a blogger a dull girl.

Public me is thoughtful.  Always navigating what to say, where, why, when, and to whom. No different than the “W”s of story telling.

I haven’t been diagnosed (touch wood and Tfoo-Tfoo) with anything interesting, and unlike Ms. Ephron I might have shared such. The private/public filter is a personal one. But wherever it’s drawn, I’m aware of it.
Posted by Mirka Breen at 6:00 AM 10 comments:

From Notion to Story

There are stories that come to mind almost fully delineated: the characters, what happened, and how it ended. But most writers say this is the exception.

I've had stories materialize two ways: a character that started taking to me, or a plot that only needed its main actors revealed. Speaking for myself only, most of my stories began with a plot. Most of the writers I know personally have told me theirs began with a character.

Examples from my writing life of a plot-first story: I pass a house and sense that something ominous happened there, and then know what it was. I can barely breathe thinking about the powerful events. Now I need to find out who was there to tell about it.
Example of a character-first story: I can see and almost hear this girl, Holly. Nothing ever goes right for Holly, yet she always comes out on top with her slightly dented dignity intact. I've only met Holly in my imagination, but I let her tell me of her many adventures, and, boy, can she tell a story. 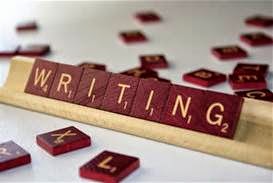 I’ll let the master storyteller of them all say it, as he said it best: 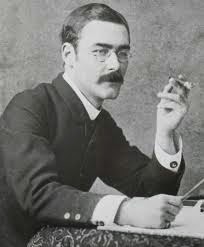 I keep six honest serving men. (They taught me all I know);
Their names are What and Why and When and How and Where and Who.
Rudyard Kipling
Posted by Mirka Breen at 6:00 AM 8 comments:

Writing in Your SECOND Language…

I must fess up here: English is my second language. I grew up in Israel, and while it helped to have a mother who was American and gave me an American citizenship, my mother did not speak English to me. Except for the times she was so angry at me and English phrases got thrown in, it was Hebrew at home, on the street, and at school.

School was also where I learned English, beginning in fifth grade. I still remember some oddities from my formal introduction to the language, such as thinking the word young meant old. Or that the word stupid meant lazy. These could be remnants of hearing my mother’s raging and my not quite understanding, or some other muddle I no longer have conscious access to.

America- the land of dreams. I came to live in the country I did not know, but of which I was a citizen, when I was in my late teens. I sounded fluent and had good pronunciation, gratis of having an American parent. But my command of the written language was rather poor. You've heard of “high-school English?” That was about it.

Even before the language changeover, I was a writer. I had a short story published in Hebrew while still in high-school. Making the language switch was harder for writing than for passive understanding or casual speaking. I spent some years in transition- on the road between two languages, two sensibilities, two worlds.

I was becoming more of one and less of the other, but  wasn't fully in either. I was a storyteller. I just didn't have, you know, the words. Words, sentences, paragraphs. The building blocks. I don’t know when I attained the audacity to think that I had these tools of my second language and could use them effectively.

I read a NewYork Times (book section) discussion of published writers whose first language was not English. They all felt that, for all their challenges, they had something special to offer not in spite of  but because of it. I wouldn't go that far, but then- I am not as successful as they are. I know that having lived elsewhere, (really lived and been a part of, not just stationed in or visiting) does give storytellers something natives don’t have. On the other hand, natives have something we never will- that deep and unwavering connection, psychically and linguistically, to their home base. So it’s a tie.

They say you raise your own kids either exactly as you were raised, or in reaction to it. I chose not to raise mine bilingual, because, to me, a foot in two worlds was not an advantage. I’m not right or wrong about this; it’s just my experience. 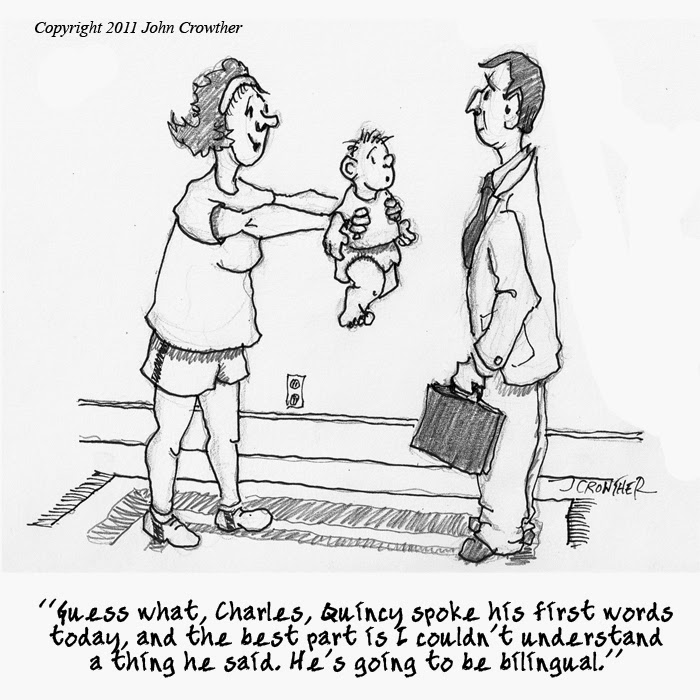 Words/sentences/paragraphs are just a part of this; it’s a mindset. I wanted my kids to be grounded and strongly identified. I did not want them to do the nervous dance I jitterbugged on tippy-toes, sometimes landing with a thud, barely navigating just-so between the arenas of a first and second language.

DS is now a Linguistics major, while DD excelled in Latin, French, and took up Italian on her own. But when they write stories, there’s little doubt that English it is, and Americans they are.

AM I GOOD AT THIS?

Gather the same group ten years later, when they are now teens. A small number would still raise their hands. Fast forward ten more years, and these folks are now in their mid-twenties. In most cases none would raise their hands.


Any objective viewer would say that on the whole, these individuals' painting skills have improved. The disparity is subjective. The years have added the accumulated weight of criticism and self-consciousness. 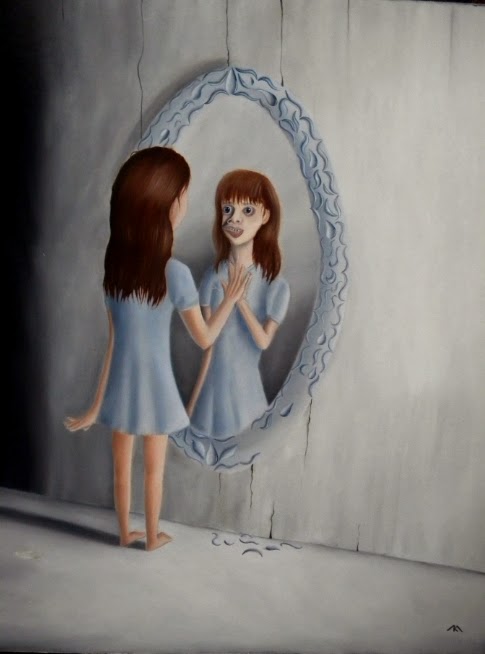 When a writer on a virtual chat board asked if there is a point where you know you are a good writer, most responded that there isn't. Not really. And not one point.
~~~


My first rejection was a personal rejection, and it was a very kind one. I was not aware of the mounds of slush-subs that never got a personal response. It was a rejection, and that was not a good thing.
But others spoke of years of form rejections, and I considered that maybe I could possibly be somewhere near the periphery of the edge of the ball park.
I’m forever grateful to that editor who wrote a long and very encouraging rejection. That kept me going through almost a year of forms, which followed.

When I got the first acceptance, I was told it was one in three hundred. The small publisher had a “call for manuscripts” in a writers’ magazine, and mine got to the top of that heap somehow. Perhaps, just-possibly-maybe, I was where I belonged.

DD just went through the arduous process of auditions to top music conservatories. She was accepted everywhere she auditioned and will be making music at Juilliard come next fall. A pianist friend, who had just as much parental support and validation, was turned down by all but one conservatory, where he got off the wait-list and enrolled. DD seems less confidant in her abilities that her friend is in his.

My point? Outside validation is only one piece of the puzzle.

At some point we need others’ validation. Hopefully, it would not come posthumously. (Think of John Kennedy Tool who could not get his novel published, but when it was, after he had taken his own life in desperation, the novel won a Pulitzer prize.) It may come from an editor's letter, one who isn't your cousin’s best friend. It may come with or without $$. It may come in drips and drops. But some validation from someone who does not owe you anything is a needed. 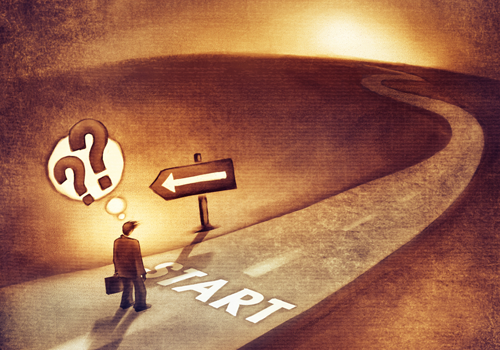 And when it comes, will you know then?
Not necessarily. It’s one piece of a puzzle. But, speaking for myself, it is an essential piece.
Posted by Mirka Breen at 6:00 AM 9 comments: