Social Media Stress and the Take Down

Apparently, that’s a thing. And it’s not funny.

Social Media Stress, not to be confused with Social Media Phobia, is what happens when you live your real life on social media. It causes some to compare their lives unfavorably to the glowing images streaming through the feed.

But there is a darker more noxious aspect to this stress--     The Take Down.

And so I watched one Facebook friend whom I know in real life disappear from the virtual space because of a barrage of attack-comments, something I later learned is called a “take down” campaign. This particular friendly acquaintance shared many family events and relatives' successful milestones on social media. Something in the life of one of her nearest has rubbed someone wrong, very wrong. Then came the attack dogs, mostly under pseudonyms, and now none of us can see her anymore.
The stress was too much.

The Scarlet Letter, a book taught in English lit classes to the young as a cautionary tale of a society gone hysterically wrong, has had the opposite effect. Young’uns have taken to social media to shame and hang a label when politics or social stance or even a less than thoughtful comment somewhere don’t align with their own. Nathaniel Hawthorne’s 1850’s novel lives on, not as a record of what we don’t do anymore, but as blueprint of how it was done back then before we had better tools.


I’m sad. Especially when the shamers carry the flag of diversity and inclusion. I guess tolerance does not apply to people who don’t think like them. I once knew a vegetarian who said he was ready to kill people who ate meat. No kidding. Totalitarian Liberals fall under the same flag, and with them, we’re all taken down.

This is my plea for real diversity: race, religion, identity, sexual preference, and varied political affiliation. All are welcome in my life.

And if I ever am called on such on social media, I hope I can manage the stress. Probably not. But then, you wouldn’t know because I will cease to be here. 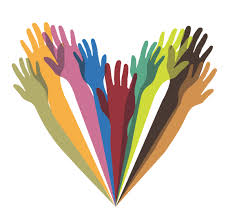 How to Popularize a Blog

As one whose blog is not the talk of the town, I am an authority on how not to have a blog that gets attention.


When I began blogging, it was at the urging of the small publisher who contracted my book. I had been following a few blogs, but not faithfully. One of my literate friends huffed that writers who blog are giving away their pearls for free, and another writing friend said it gobbled up precious real writing time. So I dipped my toes in with hesitation and little hope that I could do it right.

I looked at blogs that had many followers, and three things stuck out: they either were –
A. Constantly updated resources of useful information
B. Vociferously political bordering on the trolling side
C. Or they were enormously entertaining. 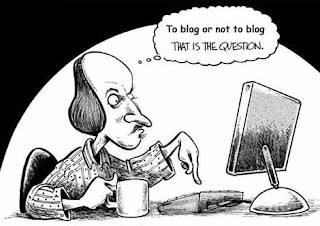 The resource-rich blogs are still staples of the blogosphere, and require work and dedication, as well as passion for the field they serve as resources for. I had to face that, for me, that sort of time and effort is reserved for writing fiction. What is left at the end of the day is all for family and friends.

A couple of examples of excellent resource blogs:

the amazing Jane Freidman’s, about the business and the craft of writing —
https://www.janefriedman.com/blog/

And Evelyn Christensen’s, (technically not a blog but a website though a periodical E-zine makes it almost a blog,) about writing for the educational market—
http://www.evelynchristensen.com/markets.html

[It helps, and gives the blog some gravitas, if the aggregator/editor is an authority in the field. Be it Tech-support, Make-up, travelling or writing.]

The political sorts of blogs are not only unsuitable for me, (I am hopelessly centrist there) but I personally have the impediment of becoming nauseous in their vicinity. This is why I won’t give examples of such, though I doubt you need it.

So that left the enormously entertaining, and there I continue to try with occasional success, (minus the “enormously”) which is where my modest weekly strolls have found me.

The thing is, I have found it pleasant and worthwhile, and that’s the best part of doing anything. That’s a variation of “doing it right,” which is right for me right now.


“Courage is not the towering oak
that sees storms come and go;
It is the fragile blossom
that opens in the snow.”
― Alice Mackenzie Swaim

Not only the news, but also all fiction (save some literary strains) focuses on active heroism. Rescue someone from a fire, face a serial killer, stand up to a bully and punch ‘em back, and a story worth the readers’ time is also deemed worth telling.

Thus, we lose the heroes of everyday that are all around us. Those who carry on while others give them nary a glance, those who continue to think independently in times and places where pressure to conform is overwhelming. As they remain authentic, they do not convert this independence to a ruckus riot.

And most of all, those who retain their creativity and humanity while humbly considering others’ feedback, but not breaking under the weight of negation.

So many of the people in my life are heroes. I salute them. Maybe we should write more stories about them. The quiet blossoms in the snow. 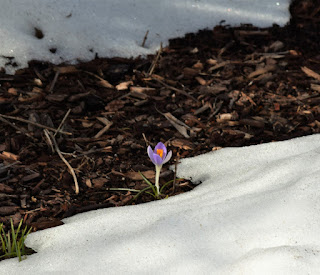 Placebo as the Real Deal

Noun: placebo; plural noun: placebos
1.     A harmless pill, medicine, or procedure prescribed more for the psychological benefit to the patient than for any physiological effect.
"His Aunt Beatrice had been kept alive on sympathy and placebos for thirty years"
2.     A substance that has no therapeutic effect, used as a control in testing new drugs.
3.     A measure designed merely to calm or please someone.
{{From the Latin meaning "I shall please"}


I have a friend who is a retired physician. She insists that most doctors don’t know much most of the time. But she also says that appearing to be in the know and having a Ms./Mr. Fix-it demeanor is half of the treatment right there.

This didn’t make me happy to hear. We pay a lot of good money for what might be a fifty percent pretend. 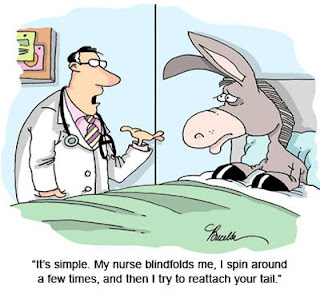 In an article in the New York Times Magazine (November 10, 2018) the question as to whether placebo is part of the cure seems to be settled. The power of the mind was scientifically vindicated, sending the western scientific method into uncharted territory.


Seems to me this pertains to the rest of our endeavors. It tells me that if I think I can, I am already halfway there. In certain instances, I am all the way there.

So marching on, and encouraging ‘y’all to believe. Not in fairies, but in the power of the tales they tell.

To the purely rational mind, January first is just another day. This year it is a Tuesday. Another Tuesday.

But the change of a digit on the year-counter has an almost magical effect on the parts of us that are not purely rational.

A new year, and a parade of new hopes and dreams. 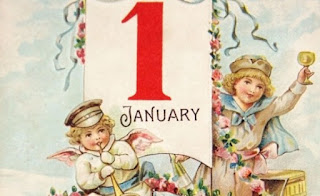 Some take stock in the year that just ended, achievements and regrets. I find myself doing that on the Jewish New Year, (Rosh Hashanah) as the ten days that follow it are meant to be days of reflection culminating in atonement. The secular New Year (Gregorian counter) is a time for renewed oomph and hope. No resolutions, just a vow to march on with stars in my eyes.

O sweet To-morrow! -  After to-day  There will away  This sense of sorrow.  Then let us borrow  Hope, for a gleaming  Soon will be streaming,  Dimmed by no gray -  No gray!  While the winds wing us  Sighs from The Gone,  Nearer to dawn  Minute-beats bring us;  When there will sing us  Larks of a glory  Waiting our story  Further anon -  Anon!  Doff the black token,  Don the red shoon,  Right and retune  Viol-strings broken;  Null the words spoken  In speeches of rueing,  The night cloud is hueing,  To-morrow shines soon -  Shines soon!