WRITE What You Love to READ

Steven Spielberg said he makes the movies he’d like to see. It’s that simple.

This is my answer to the question of why I write for kids, why I write what I write, and why I write, period. I like to read. That is the why and the what.

There are writers who wouldn’t write commercial books if asked, because they don’t read them. Others wouldn’t write literary fiction because-- ditto. If you love reading who-done-its, Science Fiction, or romance, you could try writing one. Writing is a thorough engagement, and such is rewarding in a deep way when it’s what you like.

All the rest are the dues we pay for this privileged existence. 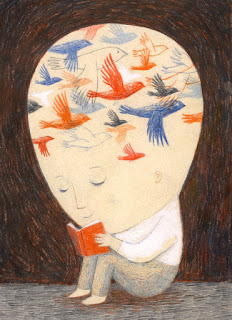 ©Ofra Amit (from A Velocity of Being)

The Heroism of Getting Along

Okay, I’ll put it right here. My heroes are the get-along people.

Outside of literary fiction, you won’t find them much in stories. But in real life, they are the ones who don’t scream and shout, (these days mostly online) or “unfriend” or cut off family as they imagine this is what taking a stand sounds like.

To me, such a stand, while some find it glamorous and most think heroic, often amounts to spite and vilification. A rather lazy thing.

Real heroes don’t forget that people are complex. They love real diversity, as in folks who don’t think or act as they do. They love them because variety is what the creator intended.
{And as an aside, maybe especially those who don't think there is a creator might admit they'd be bored stiff without the magnificent assortment that is our species.}

Real heroes don’t dream of kudos from the tribe. They’re okay with not having a tribe.

We’re about to re-enter that fractious zone called national elections, and what incivility we’ve fostered is about to get wilder. I hope I can remind myself of the above, and try to be that kind of hero.

But I may have to take some breaks from the online world. I won’t leave it; that’s not heroic IMO. Just take breaks now and then to remember my values so I can recharge and come back to living with, and listening to, differences.

I re-quote my grandma’s Yiddish saying: If everyone pulled in the same direction, the world would tip over.

She was not the most tolerant person. But she did leave me this gem. Just sayin’. 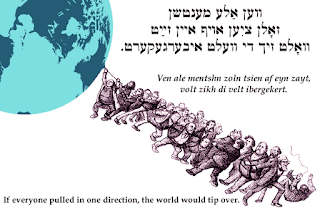 Don’t Let Reality Get in the Way

“You must stay drunk on writing so reality cannot destroy you.”
–Zen in the Art of Writing
©Ray Bradbury

Why do I love this line so much? Because it keeps my reality right smack in front of me, lest I forget.

This pretty much encapsulates the writing life, the artistic life, the gardening life and really— life. Period.

Like all Zen sayings, if you explain or elaborate much, you invade and destroy the ephemeral space they inhabit. I’ve already written posts about life as story and how we organize our understanding as stories.


I’ll leave it, then, before I get high-falutin’ again. 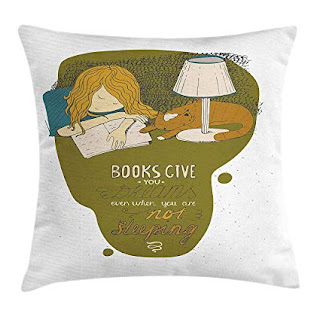 Despite the season, this is not about baseball.

Pitching is also what writers do. Writers pitch to agents and agents then pitch to editors. Editors pitch to acquisition committees. Once acquired, publishers pitch to booksellers. Lots of pitching goes on in the world of literature.

A pitch must be pithy and strong. Think of it as a strategic punch. It’s a craft all its own, and many a  good writer feels like a cow in a strange barn leaning to do it. But as wordsmiths who must use evocative language, it isn’t as far from our skillset as it feels.

Although I have a twitter account, I must confess I haven’t enjoyed it much. But it occurred to me that the site has prepared much of tweeting humanity for pitching. There are also pitching wars that go on regularly.
Check out #PitMad (next coming live 9/5/19, and also 12/5/19) for examples of energetic pitching. Read about it here https://pitchwars.org/pitmad/
[Disclosure: I’ve never done that^, but I have successfully pitched to editors and later to agents.]

I now come up with a pitch for every story I write. I do it for my own clarity and because I’ve gotten to like it.

Have fun going to bat!