As the month of November comes to its inevitable conclusion, all across this land writers either pat their own backs because they made it or wail that they did not reach the goal of fifty-thousand words in thirty days. The latter is more common, as it turns out.

But I must say I don’t get it.

Writing by the word count is something I finally understood as helpful to pacing in a novel. Butt-in-chair is also something I understand. Sometimes it’s just like that. You have to sit and do it, muse missing. Writing every day is what many think is the only way to do it if you are serious.

But writing with the crowd?

I also found the value of the self-discipline. "Self" here stands for creating in a pace and a manner assigned to oneself. I struggled with this issue until my late twenties. I had no problem meeting others’ deadlines. But I rarely managed to finish anything that no one was waiting for and that was self-assigned.
Then I found a way, and I’ve been fortunate ever since. Thank you, the great guardian of creativity, for this gift.

If National Writing Month is your thing, I raise a toast to you for the fine effort. I hope the result is just as fine. But if you failed to meet this goal please consider that your way of creating may not fit with this painting party, and keep looking for how *you* work best to do your best work.

When I was a wee one, one of my teachers used to say, and often, “Remember to breathe.”

This struck me as funny. Who forgets to breathe?

I grew up, and with more breathing lessons under my belt, I understood better what she meant.

Many eastern meditation techniques involve focus on one’s breath. But this expression in western context means do something that takes you off the treadmill and allows your mind to clear before you get on again.

A dear one is in crisis?

Breathe. Help them. Then breathe again.

For some, to breathe means eating chocolate or sipping a glass of Merlot. (And I do mean sipping, not to be confused with gulping.) For others, to breathe means making contact with a close friend and talking.
For me, it has come to mean go for a walk. Not just a leisurely stroll, but one that involves some hill climbing, which necessitates deep breathing. Yup.

The air quality where I live has been seriously unhealthy for almost two weeks. Devastating fires burning almost two hundred miles away have ushered a layer of dense smoke that wouldn’t quit. 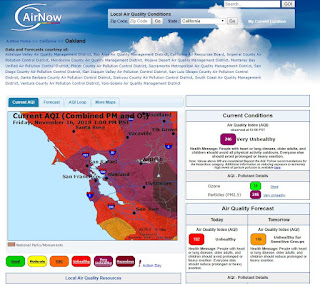 Folks are warned to stay indoors and whatever they do, not do anything that requires physical exertion. In other words: Do Not Breathe.

Under such cautions, I re-discovered my childhood “breathing” activity. I didn’t even know back then that it was a form of breathing.

I lie down and read a great book.

I’m getting some fantastic reading done, and my soul is full of oxygen. On this Thanksgiving week, I am thankful for all the wonderful writers who ever lived and the publishing professionals who had the insight to usher their works into the world so we can breathe.

Remember to breathe, everyone.

This Date in History

Indulge me as I reminisce, combining world history with personal.

The year was 2015, and it was Friday. DS had just moved to Paris, France, to attend graduate school. With the help of a Parisian friend, we found him a small studio on an eighth-floor walkup, something a twenty-year-old can manage even if we wouldn’t want to. It was in a central and hipsterish arrondissement #2, on the right bank of the Seine River, next door to a lovely park and a famous patisserie. 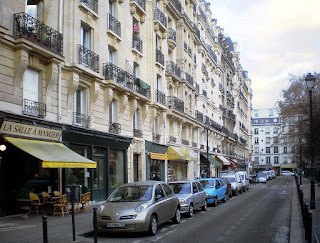 I had a weekly skyping “date” with him, which he had set, every Friday at six in the evening, (for him) nine in the morning. (For me.)
We had just spoken, and all was well.

And then it wasn’t.

In a matter of a few hours, terrorist attacked Paris in various locations and when it was over, more than a hundred and thirty people were dead and a hundred more left in critical condition. Two of the attacks were very close to DS’s location, one only blocks away.

Our Parisian friend was able to call him and find him at home. He was not following the news, so she was his source of warning to stay put and not go out to a café or a stroll, something most young folks living where he was would consider a most natural thing on a pleasant night.

I was reminded of my growing up years in Israel, with traumatized American relatives calling every time Jerusalem managed to make the news. Often these relatives were the ones to let us know what had happened before we knew.

I’d be tempted to say that Paris changed forever, but it’s my understanding that it hasn’t. Like Israel, or New York City after 9/11, the city rebounded, and thus the terrorists lost.

When storytellers construct stories, we usually weigh the protagonists and antagonists evenly, at least numerically. My limited experience in real life reveals otherwise.

Which means we, the many, must work harder if we are to make up for destructive impulses of humankind. 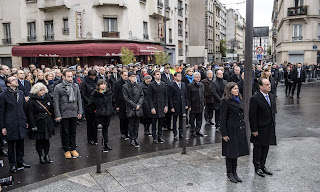 Back to Writing with a Toddler...

...Only this one is feline.

When my kids were little, writing with them present was impossible. First drafting, at least, is something I must do without distractions.

To all who have done it with babies on their knee, my virtual hat is off to you.

When they got older and I was more experienced, I still wrote first drafts when they were at school. One of my kiddos, in particular, had the habit of bursting in with frequent non-emergencies, and for me— managing to stay in “the zone” was not doable.

The empty nest brought three new felines. I missed my kids’ interruptions most of the time, so the cats took over. But the cats respected writing time. They had their things to do, and we all got our work done. 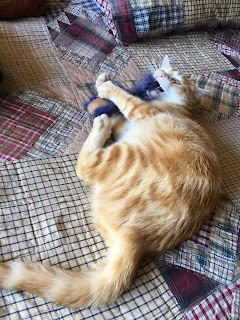 It’s quieter than ever, with my kids off to peruse their lives far away, and I miss them terribly. But I should be relishing the freedom to first draft with guaranteed quiet.

Nougat has other ideas.

She talks all the time. Not typical meows of her species, but short and long sentences, punctuated with exclamations and question marks. I swear, her vocabulary is very rich.

She also insists I pay attention, resorting to performing tricks, playing ball games, attacking the furniture and if that doesn’t get me to stop what I’m doing and join her, she resorts to folding her ear back so I can gape incredulously. 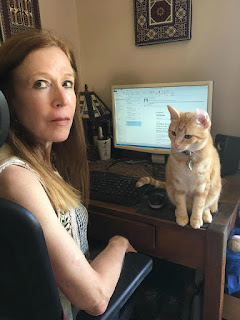 That’s about where we are. All suggestions welcome.