Are we too SELF-INVOLVED?

A good friend who is a thoughtful intelligent person let me know she considers all writers, actors, and artists to be too self-involved. She is not a writer or an artist but she is a good reader and as such she consumes a lot of our output.

Obviously, this took me aback. Then I let it sink and got to thinking.

I now see she has a point even as I insist on shying away from broad stroke generalizations. Modern artists in all media focus on personal and distinctive ways of seeing and revealing reality. The creatives of the modern age are not bound by communal standards and rigid rules. It is about individual insight aka “Me.” 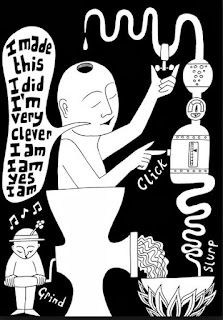 This stands in clear contrast to religious art pre-renaissance, where an artist’s abilities were in the service of communal thought and artists were thus anonymous.


So once I licked the wound of what I took as a piercing indictment, I realized my friend had a valid point.

But here’s the counter point: yes, artistic creativity is now about the individual, and we like it that way. The ethos of our country and the modern west is the individual.

There’s a spiritual and emotional cost to the modern way. An honest look at artists will show this undeniable truth. The obsessiveness with self comes at the expense of the serenity that yielding to the communal can confer.

It’s a price we pay, and have insisted on paying, since the European Renaissance and later the so-called European Enlightenment. As mechanization in industry standardized everything we consume, artists play a counterpoint with ever-increasing obsession with differences.

It has its extreme excesses as well as points of luminosity. It is where we’ve gone; always searching for why are we here.

Thank you for indulging my highfalutin musings this day.

No Cat or Dog Stories, Please...


When it comes to what picture book publishers are looking for, there are general please-don’ts some editors and agents have posted over the last few years.

One I have seen a few times is “no cute cats or dogs stories.”
Nothing wrong with the above, it’s just that the market is saturated.

And yet, I keep seeing more picture books that are new with feline or canine protagonists. 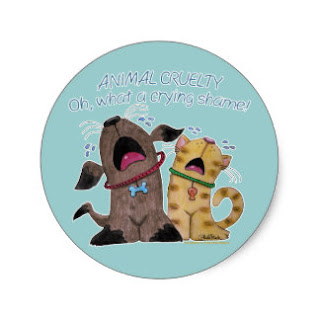 Another is no rhyming stories.

I keep seeing those, also. And I’m glad, because as rhyming has gone out of fashion in “serious” poetry, its last vestige is in picture books, and we all *love* rhyme when done well. 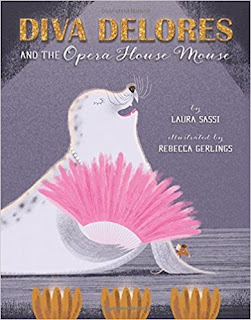 May I suggest we write the stories we most want to write and more-or-less ignore these please-don’ts?

On the last day of the last year, noon-time December 31 2017, Mr. Monk vanished.
He left to go in the back yard, and I have not seen him since.


I took this photograph half an hour before he left that last day. 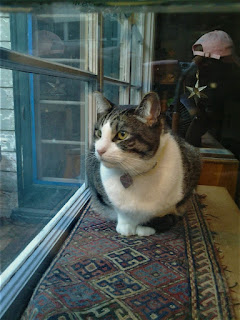 We have three cats, and I love them all. But Mr. Monk was, for me, the cat of a lifetime.

For eight weeks, I walked everywhere and looked, called, tapped on closed garages, rattled cat treats, and prayed. I posted with the microchip company, pasted Lost Cat posters nearby, and sent notices to all the shelters within thirty miles. I went in person to nearby shelters a few times. I let the neighbors know, posted on the neighborhood site, and spoke to people feeding feral colonies nearby.

Two different neighbors spotted a cat they thought could be Mr. Monk. We bolted immediately, both times, to check. Nope.

A kind neighbor thought she spotted a dead cat that could be him. Our car was in the garage, so she came in person with her car to take DH to check the body. Nope.

Another neighbor spotted a cat that looked like Mr. Monk on her security camera in the dead of night. She sent me the video. I looked at this lookalike and saw the makings were not the same. Nope.

Recently, through our listing on a website for lost/found animals, I got contacted by someone two neighborhoods away, asking if the enclosed photo is of our Monk. That lost kitty showed up in her backyard. His face came closest, and we spoke on the phone. The kind lady sent more photos. My heart was pounding.
Alas, another nope.

Yesterday, more than three months after we put Lost Cat posters nearby, (and the posters survived much rain and wind to still be hanging) we got contact from the chip registry that a neighbor saw our poster and may have seen our cat. We made contact with this neighbor, another photo exchange, and another nope.

I didn’t know any of these neighbors before, and felt so grateful to have their eyes and ears.

And my four-year-old soul-cat, my beloved Monk, is still missing.

While looking in person, the local animal shelter advised checking cats that are found and cats that are offered for adoption, because even microchips fail occasionally. I continue to do this every day.

In the course of looking at the cats online, I spotted one of the cats in a rescue, who needed a forever home. Something about her face and description just nagged at me. Day after day, and this kitty was still there. I did what I didn’t intend to. I made contact with the rescuer.

A few days later, this little one became our cat. DH named her Nougat, a play on “New Cat” and her coloring. He also said that should Mr. Monk miraculously return to us, well, “we’ll have four cats.” 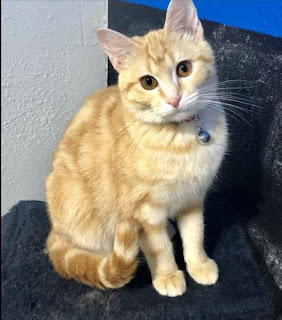 Little Nougat came to us with diarrhea, tapeworm, ear mites, cow-hocked hind legs, chin acne, (yup, cats can have that) a slight fever and a croupy cough. We have dealt with these, (minus her Charlie Chaplin legs, as "cow-hocked" is genetic and permanent) and with her adjustment. She’s doing beautifully, and our other cats have slowly been more accepting. 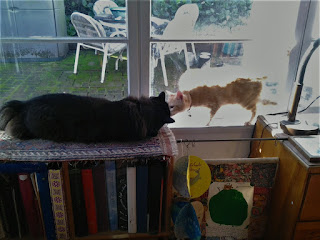 And I will never give up on Mr. Monk. I made my Instagram a one-topic site, where I can at least see him when I need to. I call it Looking for Mr. Monk.

LET THE CLASSICS BE

At the SCBWI meeting I wrote about in the last post, I had an interesting discussion with the younger writers near me. It was about current social sensitivities and the classics of kid-lit and general literature. Do we read/teach/recommend books written only decades ago that convey notions about gender/race/faith no longer deemed acceptable to us?

Think of the N-word used liberally in Huckleberry Finn, one of the great American novels for any age. Think of the misuse of Native American terms in The Sign of the Beaver, another great book. For that matter, think of any of Jane Austen’s main characters whose sole goal in life was to marry, (preferably well$$) or Shakespeare’ Merchant of Venice whose Jewish character is villainously greedy in the classic anti-Semitic tradition. 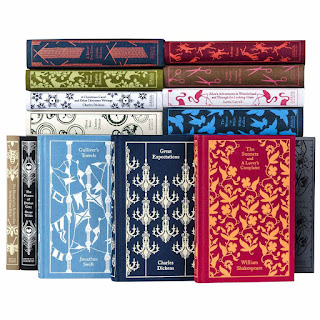 Some parents opt to keep the classics out of their kids’ library. Many school districts have similar policies. They mean well, I’ll give them that. They want their young’uns to feel safe at all times. They feel these currents can wait until the kids are grown and able to understand the context.


I’m on the other side of this debate. I think the classics should be taught, albeit with a contemporary forward by a knowledgeable historian. Because, if we wait until kids are “old enough,” they will be suspicious. If people are exposed to mindsets of another time only when they are adults, presuming they were carefully shielded until then, they are likely to feel incredulous.

“How come I never heard of it?”
“If this were so, I’m sure I would have seen/read about it before.”
“Yeah, they teach it in history class. But I never saw it in anything that was written in those days.”
And, finally— “This is fake news. Fake information from evil interests looking to take over our minds.”

Great books should be taught, and taught unaltered, and to any age. With it, the historical context should also be explained.

Only those who know where we came from can be truly educated and prepared to make thoughtful judgements, which, I presume, is the purpose of education. 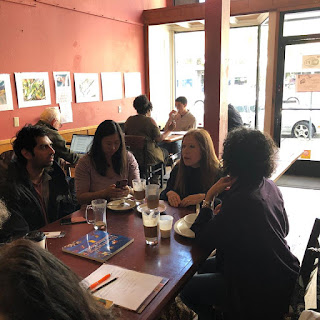 I made this pitch to the poor souls who happened to be sitting by me, and I am not sure I convinced anyone. They listened politely. But I got the feeling that reading The Classics was not a priority, and no one wants to stick his or her neck out where the politically sensitive might bite.

But I said my peace, just as I do here, uncensored. Teach the classics and don’t change a single period.

Seems to me particularly poignant at this time of Passover, when my people remember and remind and teach our young that were were once slaves in Egypt. Because not knowing, not remembering, and not teaching-- is a recipe for future disasters.