I’ve been a sort-of fan of Jay Leno ever since I saw him live in a New York City comedy club way back when he was not famous or the “Jay Leno” America knows from television. He was young, odd looking (thus, memorable) and I, of course, was practically a toddler J

In a long line of stand-up comics that night, he was the only one who so much as made the audience chuckle. Actually, he made us laugh.

So a little while ago, I saw him interviewed by Bill Maher, and his Corona-humor made me laugh again. I rarely remember jokes, and there was a whole string of them. But the first one stuck, and I’m passing it along.

Bill Maher commented that Jay Leno is a “glass half-full” sort of guy. Then he asked how Leno was doing, dealing with COVID-19.
“Sure, I’m optimistic,” Leno said. “The other day I saw Doctor Fauci say, ‘this is a war and we must fight it like one.’ So the reporters asked him ‘how do we do that?’ and Doctor Fauci said, ‘by staying home and watching TV.’”

To this, Leno added, “If there is any war Americans are qualified and thoroughly prepared for it’s the one fought with staying home and watching TV.”

Kind of comforting, I think.

Keep up the fight, fellow folks all over the land. 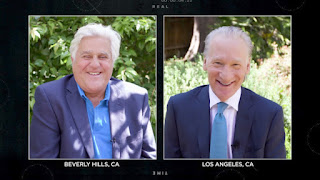 
Challenging times, such as we're enduring now,  befall humankind periodically. Unlike our current global trial, some are utterly of our own making.


Israel observes Holocaust Memorial Day on the anniversary of the brave and doomed Jewish uprising of those who remained in the Warsaw ghetto. The dates were April 19-May 23, 1943. It is an attempt to paint the catastrophe not only in terms of annihilation, but recognize the enormous heroism of the perished and the survivors. Thus, the day’s full name is Holocaust and Heroism Remembrance Day.

All over Israel, this commemoration happened today. Every year on this date, at eight in the morning and eight in the evening, the sirens blare and the country comes to a standstill. People bow their heads in silence.
My memory of this day when I grew up in Israel was that the air was unbearably heavy and even lifting my head was an effort. It was a very recent event then, even if to a child it already felt like history. It was also personal, as I’m the child of a sole survivor who had no living relatives on her father’s side.

Israel chose to put equal emphasis on the heroism of those dreadful years. Internationally, the day is commemorated on January 27, the date of the liberation of the Auschwitz-Birkenau concentration camp by the allied forces. Obviously, the international community puts emphasis on their act of triumph over this evil.

Personally, I never bought the heroism angle, nor the emphasis on the allies’ role. Most Jews didn’t rebel or survive, and the allies didn’t enlist to save Jews, but responded to a military aggression by the Germans and their alliance. Both choices of how to commemorate this chapter are attempts to re-paint this horrendous time with emphasis that serves the purpose of seeing ourselves as we wish to be seen.

For me, this day is a reminder of the ever-present human capacity for evil. Most days most folks don’t want to recognize it. I understand, because I am no different. I push away the notes of the darkest shadows of our species almost every day, choosing to not fully see it. But one day a year, there is no escape for me.

The Talmud says, “The greater a man is, the greater his capacity for evil.” So on this sad Remembrance Day I know the depth of darkness has a symmetry in how much we can also rise. But I will contemplate the side of light tomorrow. 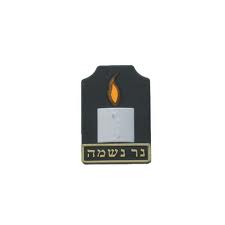 Today I reserve for unmitigated sadness.
Posted by Mirka Breen at 6:00 AM 4 comments:

Writing in Past Tense Means PERSPECTIVE

Storytellers are in a good position to know that a day will come when things as they are today will feel different. We write most stories in the past tense, and this contains the notion that sometime later the events feel/look/are different.

Perspective is embedded in storytelling. Not only by use of the past tense, but in the convention that events have resolutions. Even when they don’t have clear “finally, all’s well”— there is at the very least a coming to terms with what had passed.

I am using this honed skill as best I can, and it works. It helps navigate the challenges of a global pandemic and lives interrupted. Not being a young’un helps also, even if me and mine are at greater risk as we get wiser.

It also helps that I work alone from home even in normal times, (which weren’t that long ago, and will return G-d willing soon) and for all the scary stuff pouring out of every pore of the Internet beast, there are places of respite and I know where to find them.

I’m not going to put the now internet-ubiquitous “stay safe, everyone" out here, because life is inherently not safe. Everyone knows how to be a bit safer, and you don’t need the guilt of imperfection of conduct. I know you’re doing the best you can and that’s good.

But I do plea for perspective. Someday soon, this pandemic will be in the past.


{Brought to you by the letter P ⇧⇩😉}

Though the global response and economic shut-down feels unprecedented for any who haven’t lived through the great depression or the last world war, (not many of them left) it is not the world’s end nor the end of history, and more than ever we need to know humanity’s past to regain perspective.

I’ve always loved historical fiction. My published novel is one such, about a traumatic episode when at one time and place a feeling that annihilation could be immanent saturated the air. I lived that one, and lived to write about it some years later.
My father had survived a far greater trauma. My mother remembered the Great Depression as something from her childhood that left her frugal for the rest of her life. We have many in our midst who lived through historic shifts in their countries of origin, some still ongoing.

From where I stand right now, I don’t feel the current crisis is in the magnitude of any of the above. But, of course, it’s the unknown-unknown while it’s ongoing. So my ‘”hunch” or feeling only matter to the way I conduct myself, while G-d knows what G-d knows.

Here’s my bit of perspective: As storytellers, we who write will have even more to mine. Stories are an integral part of humanity and always needed. I feel a responsibility not to contribute to fear, and while doing the right common sense things also keep notes and document this event for the future. This doesn’t mean specifically “COVID-19 Tales,” but observations of human behaviors, the good and noble and the less good, for future literary exploration.

The one sure thing is that it will pass. It will be history. Then, we’ll say (as the French do) “Quelle histoire!” (=”What a story!”)

In the meantime, I strive to stay well and most of all to stay generous. Same to you, everyone.