The Truth and Untruth of Statistics


"Figures often beguile me. Particularly when I have the arranging of them myself; in which case the remark attributed to Disraeli would often apply with justice and force: 'There are three kinds of lies: lies, damned lies, and statistics.'"


{ Chapters from My Autobiography, published in the North American Review in 1906}

And so I find myself, having just finished the fifth draft of a new novel for middle grade readers, staring the stats WORD popped up. 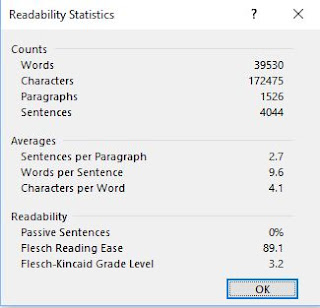 Time was, I wrote long hand, then revised and typed a story, only to ignore the numbers. WORD insisted on telling me the word count, but I looked the other way. I was writing literature, not counting beans.

I remember the feeling of diminishment when I encountered writers who spoke about word counts for different age groups, chapter page counts, and output counts per writing day. Everyone, it seemed, was counting.

I honestly couldn’t figure out why, and determined not to write-by-numbers.

Only they are everywhere. And while they say nothing about the quality of the story or the art of the telling, turns out they do count.

In the business of publishing, they count quite a bit. To quote Agent Jennifer Laughran’s iconic post on the subject, outlier word-counts put her in the mode of  “...I am tying a noose.” I don’t want that responsibility. I also want my work to be considered for publication.

Innovative work should not count these counts. But the numbers will let us know how far off the expected norms we’ve ventured, and then choose to do so knowingly and deliberately.

These Stats still lie in the most fundamental sense of not telling that all’s well, or that I must take some drastic action. The readability statistics only sit there, telling their truth. It’s not an important truth. But it is one I  now look at , just as I look at the WORD program’s mechanical (and often wrong) grammar-check at which end these stats pop up.

For me it is about marching forward having looked at all I could know about what I wrote. It means that if a reader calls the story “too long,” this is not a matter of length but the feeling it drags. The strengths and faults lie in the art, not in the craft. The mechanical checks and algorithmic statistics deserve a glance, and then the option to dismiss or heed from a place of awareness.

Phew, these latest revision stats look okay. But who's counting? 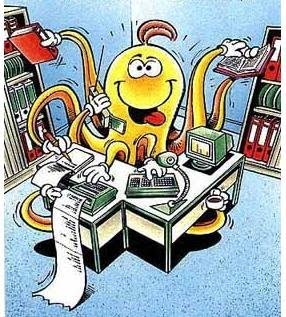 When my kids were at the junction of navigating college/conservatory applications, I found a site that helped me understand this process, so different now from the time when we were at that stage.

College Confidential has its trolls and plenty of mis-informants. But for the most part, it is tremendously helpful. Recommended!

One of the things that struck me when young participates wrote about their hopes and wishes for higher education was the criteria they listed. I related to top quality academics and seeking particular teachers. I resonated to the matters of costs, funding, and scholarship offers most of all. I was on the paying side, after all. I understood wanting a happy social life and nice living conditions. But from my dowdy perch, I found one particular mention that struck me as funny and a bit “off.”

They wrote about the weather. They wanted good weather. They wanted excellent weather. Weather trumped all. It loomed on the top of so many wish lists that I wondered if young’uns have totally lost their sense of purpose or maybe, as one parent on the site put it, imagined they were going to a resort to major in beer.

Until the other day, when it occurred to me that when I moved to the bay area one of the considerations, and the one that keeps me firmly anchored here to this day, was and is--- 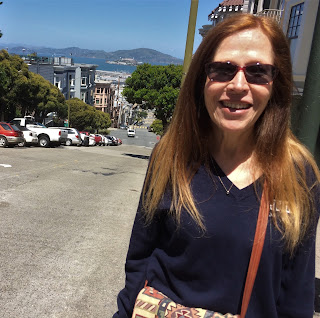 Whether you believe in global warming, global change, or no change, it’s July, and as it is in January, here it’s always spring.

The other day, I was waiting in line at the post office when a charming young woman started a conversation with me. She sounded erudite (well, she had an upper class British accent) and her voice had the pleasing quaver of one who was readily sharing vulnerability with a stranger.

Turned out my new conversationalist was a writer. She had just published with a small house a breezily amusing tongue-in-cheek guide to manners. To be precise, it fell squarely into a category called chick-lit. I can attest that the author was tailor-made to promote this book and the book had received-- get this-- an endorsement printed on the back cover of a female Supreme Court Justice.

“Nowhere. Promoting this book has been like talking and no one answers,” she said. “It’s like waking through cement.” 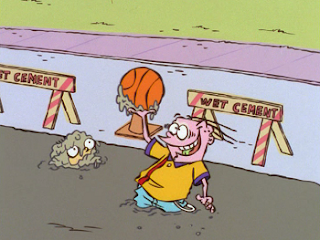 Sometimes life is like that. You do all the right things. Your offerings are good. You get help from the right places, and then...

Walking though cement. A powerful if painful image.

Finding the Light in Revision Cave*

*With apologies to the heroic rescue of the trapped youngsters of the flooded cave in northern Thailand. No concrete comparison is appropriate. But to be honest, this real life wrenching drama inspired this post.

Dealing with revision suggestions can feel like trying to crawl in complete darkness. That is because after catching one’s breath from the gut-punch (akin to someone saying your perfect baby is not so lovely after all L) and then allowing the suggestions to sink in, many a time the writer still can’t see why these suggestions were made.


It's easy, even fun, to make changes when the suggestion make sense. These "Ah-Hah (!)" suggestions make the write's heart grow limbs and do an exhilarating Hopak, which is a Cossacks' leg-kicking dance, in joyous appreciation. It's just that these types of suggestions are the rare ones.

Most editorial suggestions fall into the other camp. Be it by a Beta reader, an Intern, an agent or an editor, the writer feels like telling them they just didn’t get it and the fault lies in their flawed reading, not her writing.

But feelings should have nothing to do with it. Feelings and intuition guided the first draft all the way. Revision is about returning reason to the equation and reminding oneself the feedback came from someone who, just for making the suggestions, is a helpful soul.

So now the writer moves to phase two. To implement the suggested changes, or not to? That is the question.

This is where it feels like I'm crawling in the dark. How to make changes that don’t resonate? Where, who, and with what?

Take a deeeeep breath. Trust in the muse. She is akin to a miner’s light. 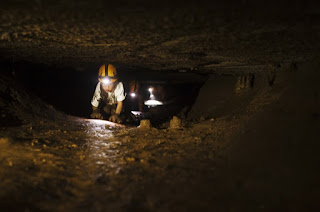 She’ll get you there, and your humanity will be better for it.


As a way to celebrate the miracle that is our country, one encompassing much of the continent from sea to shining sea where, let’s face it, many wish to come to and few wish to flee from, may I recommend a classic book? 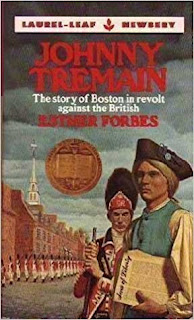 Johnny Tremain, by Esther Forbes, was the first historical novel written for young readers, and a Newbery medal winner. My kid-lit reading group read it some months ago, and saved me with this assignment from missing one of the best ways to appreciate the effort and enterprise that was the founding of the union of states.

I felt I was there, with Johnny, as his focus shifted from his personal struggles to be somebody in a world that did not bless him with privilege to the honor and privilege of fighting for something greater.

And the next time anyone says something about how divided our country is, let them situate themselves in colonial times, where many of the English king’s subjects in the Americas were not the least bit supportive of the colonial rebels.

Because what we have now is a vibrant, imperfect, but astonishingly successful nation, where disagreements are settled by a system of state-by-state voting.

That is something great, and worth celebrating. 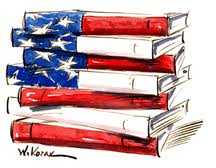