The Writing Life is a Blessed One

The writing life is not the bleeding agony of the artist against the world. There is a strain in literature (and now in virtual reality) of commiseration at endless rejection, inner despair and desperation. That’s a romantic notion and, lets be honest, it is also what all writers experience at times.

But the reality, without a nod to Pollyanna, is that it is a privileged life. I get to do what I love, and think about how to do it and how to do it better. For homework, I get to read the best ever written. For more homework, I get to talk with others who are doing the same. So even without the struggles to publication, the very act of writing regularly is a blessing and a gift to me.

The angst comes mostly from rejection or feedback that reminds me I failed to reach someone the way I hoped.

But even on that front, the one that has to do with readers and feedback from industry professionals, I can vividly recall the blessed days. The first time I got an encouraging R & R from an editor I didn’t know and a fruitful association ensued, or the day I got my first acceptance from a small publisher.

And then there was the day my editor emailed that the illustrator had signed and was officially the one for my picture book. This editor included me in the process of selecting the artist, and I really hoped this particular illustrator would agree. I remember driving to get my kids from school just moments after getting the Email, and the road was singing.

And then there came the day when I got my first offer of representation. It was followed immediately by another (I chose the first) and little ol’ me was in the rejecter’s seat. A few months ago I went through the process again, this time having to turn down two offers that followed the first. (I accepted the first one, once more.) I didn’t love being in the seat of the one saying, "thanks but no thanks," and realized it was not fun for others, either. Publishing professionals instantly turned from the antagonists I feared they were into my collegial community.

And then... Yup.  More days like these. But all the while the writing itself remained the real thing. Always. Days when the words unfurled like a hallway carpet unrolled to reveal a gorgeous tapestry, making the hard ground under my feet feel soft and caring. The real deal. 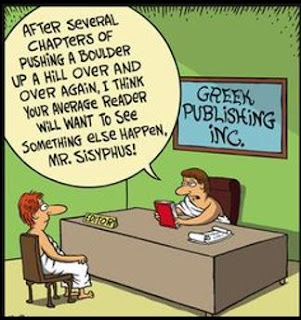 A writer friend lamented that she gets feedback from readers who complain that her stories are open ended. “Isn’t that what real life is?” she said.

Yes, sort of, maybe. But there are real differences between real life stories and stories about life, real or otherwise.

Stories have a beginning and an end. As we live, we experience many beginnings but few solid resolutions.

Stories may have an unreliable narrator. Think of the Books Shutter Island and Gone, Girl, (both made into good movies) or in kidlit— When You Reach Me. In real life we are all somewhat unreliable narrators, only we rarely get to figure this out like omniscient readers do.

Stories make sense. If they don’t, they fail. In real life, we leave that overall sense to the originator of all things. Hard as some try, making sense of everything all the time makes Johnny or Sally insufferable.

In stories, every detail must count. In real life, while the details that turn out to count are more memorable, they are also few.

We need stories to make sense and give meaning to experiences. This is why stories are organizers of experience. 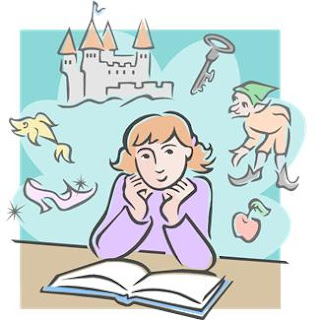 Okay, back to organizing.

Yesterday, real-life micro-drama in my humble abode provided proof that the surprise twist ending, almost a cliché requirement in picture books these days, may echo reality.

One of my cats, the gloriously furry Mr. Sokolov, has been asserting his place as the alpha cat ever since our smallest youngest cat’s arrival a year and a half ago. Miss Nougat is half his size in weight and two-thirds in length. She’s skittish, hesitant, and most of all she’s the new one on this block. 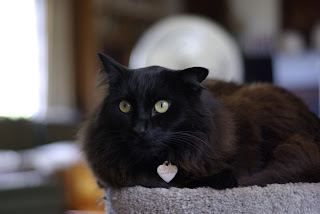 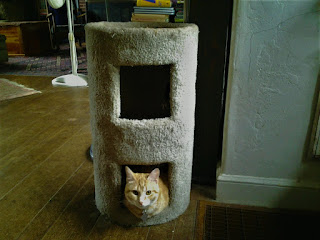 In feline language, asserting dominance means chasing into a corner, taking over the food bowl, pawing and forcing another to vacate a desired sitting perch, and even using another’s dedicated litterbox and spraying its sides with  marking scent. Miss Nougat spent her first few months with us terrified at the sight of Mr. Sokolov, cowering and running to hide under a piece of furniture she rightly assessed could accommodate her girth but not his.


With our support and occasional intervention, Miss Nougat gained in confidence. The two can be in the same room, and even share a large bed in a relaxed mode. But Miss Nougat is ever watchful for the occasional re-awakening of the old pattern, which mistook her for prey. She's ready to bolt to her secure crawl space. I, their human, am also ready to intervene and let Mr. Sokolov know I expect lions to lay down with lambs in my house. I tell him it's a rehearsal for the end times.

Yesterday, Mr. Sokolov ran about the house as if he had ants in his pants, only he doesn’t wear pants. I kept checking on him and his mad dashes, but could not figure what irked him so. To be sure, I asked. But he just stared, and then bolted again. I should mention that all this was going on while I was attempting to focus on something else.

I then heard what sounded like two cats dashing about. Oh, no. Sokolov must be back to hunting poor Nougat. I sprang into action.

And then I saw them. Miss nougat standing with her tiny body over him, looking mighty pleased she had caught her prey.

It’s peaceful here again. My lecture that lambs, too, should not eat lions, must have done the trick. 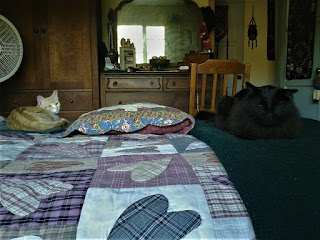 Have We Got an Offer for You!

Or—
Ha! Yet another scummy scam L

We all know by now that the IRS doesn’t call us on the phone asking us for supposed owed cash, pronto. We know a Nigerian Prince or a Ukrainian billionaire is not in need of our urgent help to release his gazillion $$$ into our account if only we provide our bank account number, or whatever.

But recently I encountered a brand new one that required more sophisticated search algorithm on the part of the scammers. A message was left on my home phone telling me it was so-and-so from a literary agency who was so impressed with my published novel (perfectly named ) and whose agency wanted to promote in an upcoming literary mega-fairs, (also properly named real events) and turn into an international bestseller. If interested, could I please call (number and name) for further discussion?

I can imagine what further discussion would amount to. Invariably it would require some sort of financial information from me.

This operation was rather funny. I wrote a very good book. But to think it a potential international bestseller is a stretch to the point of a tear. In addition, I’m traditionally published, not self-published. Everyone who is anything like a literary maven knows to approach the publisher, not call an author at his or her home. But what made it creepy is that my home phone is not listed anywhere under my name. If fact, none of my phones are under my name. So somewhere, the connectors of cyberspace have gone to deeper lengths to tie personal information together.

Hopefully, writers know that fee-charging agents are schmagents. By now we know that publishers who charge us are vanity presses. This is a minefield, which is not hard to avoid if we hold firm to the principal that we don’t pay. Rather, we are paid.

But there seems to be no end to the crooks' inventiveness. I want to tell them they should use their ingenuity toward the betterment of humanity instead. But I know any engagement is futile and will only lead my information to the sucker-list of those who reply in the first place.

Stay safe, everyone. Stay vigilant and remember to laugh occasionally, which is what I did at this last offer to make me the next J. K. Rowling. 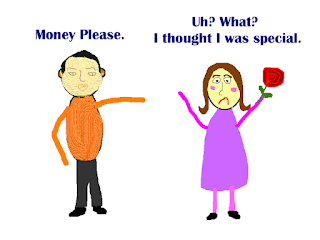