The Incidence of Coincidence

Still thinking of the passage of years, I wonder what are the odds that someone I knew for only a year in second grade (and haven't been in touch with at all) would pop back into my life fifty plus years later, and halfway around the globe, and we’d turn out to be living in the same neighborhood.

I know, this is “too improbable.”

Well, it happened to me.

Here we are in second grade. We were good friends living on a tree-lined street in a lovely neighborhood in west Jerusalem.

And here we are a short time ago having coffee two continents away in our lovely neighborhood café, on the west coast of the United States, and what-da-y’know, also on a tree-lined street. 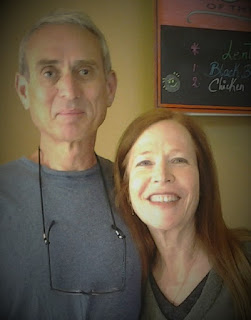 If I get another rejection to my fiction novel where the editor says the coincidences in my story are improbable, I’d have to point to this blog-post and add a few even more striking “improbables” from my life. I can document them all.

Fiction has nothing on real life when it comes to the amazing weave that is the fabric of our lives.

I’d love to hear about your improbable incidences, and no need to call them coincidences.

This Is Called an ANNIVERSARY---

How do we count them?

By one plus one, by five plus five, by ten plus ten, and then... 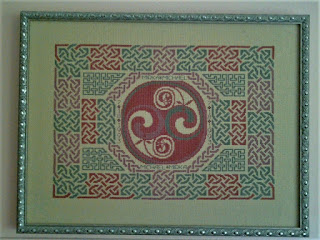 ©1993 By Karen Shapiro
{Best wedding present you can get if your friend is a talented artist}
We get silver anniversaries, and then our hair tells the same. Hair color gives us gold at the golden anniversary.

Black & White photographs make all those colors timeless. They also fade less, and so once a year we can look at them and think--- 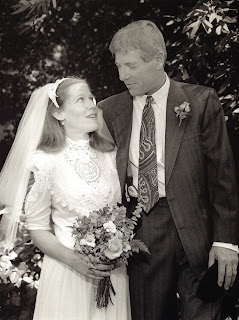 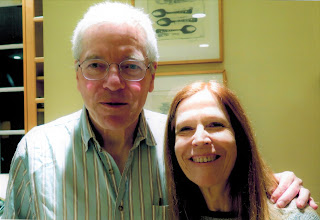 Do You Have a Bucket-list?

The other day I realized my bucket-list is just about empty.

{Clarification: I count only the things I can significantly affect, not wishes like winning the lottery, publishing with a big-five house, or becoming the queen of England. I suppose I could take steps to make any of the above improbably possible, but my list had only the things I could do if I chose to do them.}

The few things that were left on my bucket-list just leaked out or evaporated, as in an open bucket left in the sun for days. A few I had actually accomplished, at least to my own satisfaction even if no one else knows it.

Among the wishes that turned to vapor were—


{Somehow the romance of it has gone away, and I hear it is much nicer in summer, anyhow.} 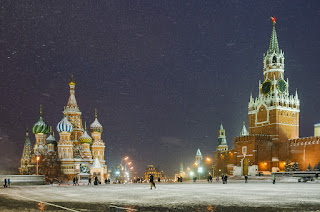 *Staying at a five-star hotel or an English country estate for a week with nothing to do except have breakfast in bed and stroll by the river before afternoon high tea.

{The budget isn’t there for this, but neither is the charm. I’d rather watch Masterpiece Theatre with others doing it.} 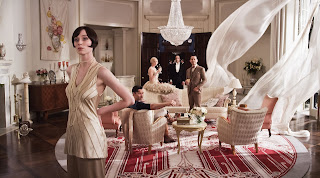 *Spending a month in Kyoto, Japan, taking in the traditional aesthetic.

{Something of this remains in me, but it’s barely a whiff of a longing and I recognize it as wishing inner balance and peace, not a physical space.} 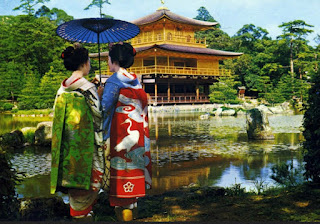 Bit by bit my bucket has emptied. I don’t know if this is a good thing, or an ominous sign of folding it in.

Oh, and I did want to write a truly great novel. I’ve done that, and my agent is shopping it. So far no takers, but for myself that one got checked off: done.

Do you have a bucket-list? How have you gone about emptying it?

Achieving independence is not a little thing.

Maintaining independence may even be a bigger thing. 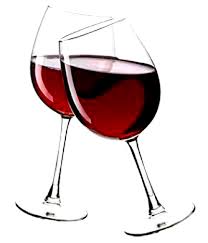 Learning to balance independence with interdependence is the greatest thing of all.

Countries, like individuals, families and clans, are not lone wolves. We’re at our best when we find and sustain the precious balance of autonomy and interconnectedness.

This is what I resolve to continue to work on, and celebrate today.