The day of Mad Reckoning*

*a.k.a. Retunes (or exchanges)

We don’t “do Christmas,” unless you count the general good wishes of Merry Christmas and Happy Holidays and homemade cookies. It’s been years since I spent time in department stores scouting for gifts in the month of December.

But what I do hold onto this time of year is to not go anywhere near stores the day after the holiday. I have made that mistake twice, but no more. The first time, long ago, I was lured by promises of uber sales. The second time I did it by mistake. I forgot the madness of the day and thought it might just be the time to look for something that could have waited. I should have.

The day after national gift giving, hoards descend on stores with gift certificates that fell from the trees or were handed in office parties. They make a rather joyful bunch. They were not the problem.
The ones that got to me were the other faction crowding the stores— the people with return receipts to exchange gifts they refuse to use. They never seem joyful. In fact, they seem angry, cantankerous, and garrulous.

That first year I saw a young woman in tears that the bathrobe she got cost so little there was nothing she wanted to get for it in exchange. She had some choice words for the gift-giver who was not present. I saw a child who got a toy he already had, in tears because his mother would not pay for something he wanted as she would have to add too much $$$ after the exchange. The worst was an older woman who refused to take anything other than cash for her return, because she said she hated that store. 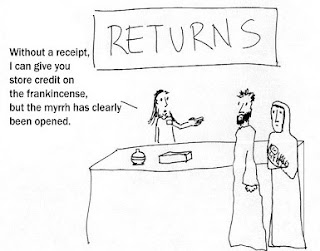 It was not pretty. The energy was the most unhappy and unspiritual that I could recall. I vowed to accept gifts from now on and only return them, if I felt an overwhelming inkling, sometime later. From then on, this was the day to NOT go anywhere near stores. It was the day to count one’s blessing that I was here, and not there.

The day after Christmas. That’s today. 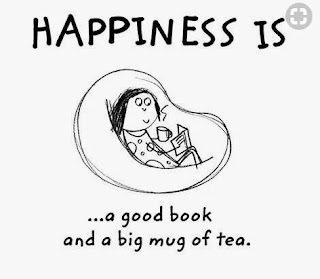 When a job application does not result in an offer, when an audition did not yield a part, or when a story failed to find a publisher, many sum up the time and effort as a failure. 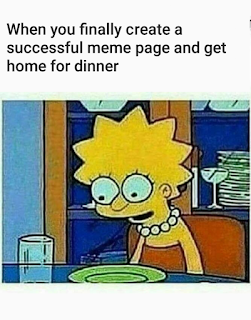 Here’s my take, which is also a sort of moto for me:
Nothing wasted if I learned from it.

I have written middle grade novels that have not sold. (Yet. Let’s be positive.) But in the process of research for each my world got richer, fuller, and the purse of riches is still with me and continues to grow.

The only writing failures in my eyes are the stories that came with little inner motivation, such as attempting something that was fashionable, or repeating a variation of a story and setting I have plowed and fully mined before. Those taught me nothing. (Unless I count the “don’t do this again,” so maybe they are not complete failures, either.)

Striving and learning are the most worthwhile of all. Prizes may be the frosting, but striving is the cake.

My Guarded Hanukah Secret is Out... 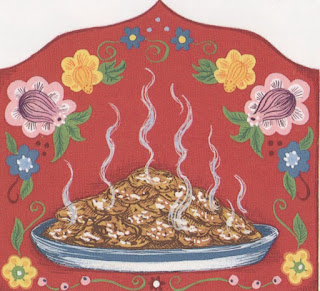 Tonight is the first night of Hanukah.

No, that’s not the secret.

In years past, we had a small crowd for our yearly Hanukah party, and that meant making latkes.
I have a trusted recipe for latkes. It’s not hard, and I’ve shared it here. This recipe makes very good latkes for a small family. The grating and squeezing of the potatoes is part of the dues we pay for eating them, and the tears shed grating the onions must stand for any penitential feeling we have about taking in so much oil then, and for eight days to come.

But for a party, (that is, more than twenty latkes gobblers) it’s different. Not only will the cook be grating until there’s no strength left to eat, but the onion-tears will make more than a puddle. You are liable to drawn before anyone arrives.

My kids attended a Jewish preschool, where I volunteered to be part of the latke-making crew. The teacher in charge of the kitchen was a legendary cook. I mean it literally; as the rumor persisted she’d been a real chef in some fancy shmanzy three-star restaurant in France in her younger days. She most certainly had a French accent, so it was not impossible.

She taught us a thing or two about child rearing. She was wise that way. But her lasting contribution for me was her latkes-for-a-crowd secret. I’m paying it forward on to you, which is my Hanukah gift this year.

So here goes: For half the amount, use your favorite traditional “from scratch” latkes recipe. The second half you will make with potato pancake mix. Yup, the kind you buy in small boxes in the “ethnic” section of the supermarket. Then use one half cup less water for each boxed mix. Make the mix first, and add to it the hand grated traditional ingredients as you grate them.

C.    The Monoglycerides and Sulfite to Maintain color in the mix will keep the whole batter nice and yellow before the potatoes oxidize into an unappetizing gray, and you won’t have to hurry as much
D.   This combination absorbs just enough oil to make it the miracle of the oil,  but not quite as much

REGRET is a Useless Emotion Unless...

It Prompts to Do Better Going Forward

I’ve heard actors and musicians say they don’t care to look at their own performances because they cringe at how they did something they should have done differently. For writers, the printed first edition can yield a similar emotion. There is much we’d change, rephrase, or cut. Now it’s set, and we can’t.

Life is like that. Once something has passed, regret can take over about the many things that we could’ve and maybe should’ve, and now we can’t do over. 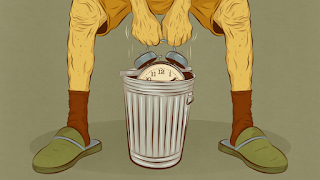 I know people who are raked with regrets. It’s a useless loop that serves to paralyze. The functional among us “let it go,” which usually means we try to forget and move on.

But forgetting, while serving the purpose of getting the wheels to move, isn’t the best way. For my own process, there were times I wished I could be as good at forgetting as many people I have known. There’s at least one typo in each of my published books that gnaws on me, and I can’t do a thing about it. There are chapters in my life I would never “do” the same way.

I found a way to mentally handle these sorts of cant’-fix ‘em. I am not a Catholic, but I borrowed it from the Catholic confession, when at the end the priest says, “Now go and sin no more.” This echoes Jesus’ saying. (John 8, 11) The brilliance of confession is not the telling, or the penance. It’s an awareness combined with learning from mistakes and resolving to not repeat.

Nothing wasted— if we learn from it.

I will look at my performance. I will stare at these typos and awkward phrasings. I will remember where I dropped the ball. Then I will resolve to pay attention and to try not to repeat. Of course, I will repeat. But maybe not the same mistakes or sins, and maybe I will catch them earlier when I can fix something. It’s a process, and a mighty beneficial one.

In this way, regret becomes useful.
Posted by Mirka Breen at 6:00 AM 15 comments: