A thoughtful writer posted that he can’t get agents to respond to his literary manuscript, and is choosing to revise it and fashion a more commercial way to tell the story. He asked if others have gone that route to eventual publication.

In response, another writer shared a link to an article on BuzzFeed Books. It’s a parody of a critique group member offering Jane Austen feedback on her supposed yet-to-be-published manuscript called Pride and Pejudice. 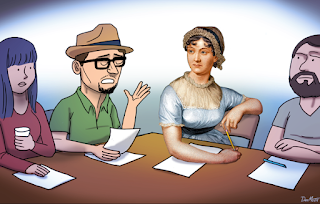 It’s hilarious, and it’s also spot-on. All who commented on it agreed they have gotten and given such. Red-face and phooey on us all.

This got me thinking about how important a backbone is to artists. Maybe to all people, but especially for those who are guaranteed to face a lot of rejection.

Art is never made without great vision. Getting and considering feedback is a good idea, but losing sight of your vision will guarantee failure. Commercial books are written by committee, even if it’s a committee of one with only echoes of the voices of others.

What is a legitimate concern for writers of literary books is that they communicate well. To this end— the input of others can be of enormous help. But it saddens me when the voices of commerce become gospel.

About the Day of Atonement

On the eve of the most somber day in the Jewish calendar, Yom Kippur, I think about what I have to atone for.

And then I realize I am always atoning for something. That’s an existential fact, at least for me. It’s a given that I could have, and should have, and didn’t do better.

I will forgive all the kind-hearted people who greet Jews tomorrow with a well meaning “Happy Yom Kippur.” I’ve been guilty of worse when it comes to unfamiliar cultures. I have a lot to learn about a lot of things. 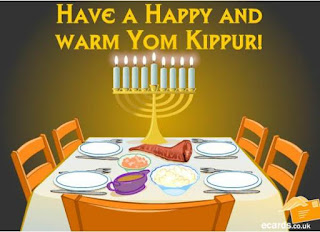 So, no, this is not a happy holiday sort of day. Guilt is not a happy place. We're much happier when the day is done. But guilt has an important and legitimate function, as we who are Jewish know.

To anyone I may have offended, I'm sorry.

May you be signed and sealed in the book of life.

According to the Jewish calendar, we just entered year 5776.

It’s the world as we count it, and it’s old enough for me.

It’s also the time when all who are not diabetic are invited to slop-up inordinate amounts of honey, drizzled over everything. 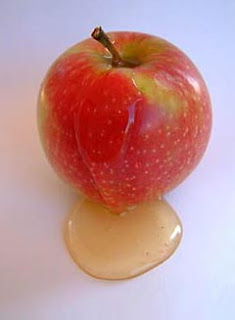 Whether this is your count or not, come and have some anyway. 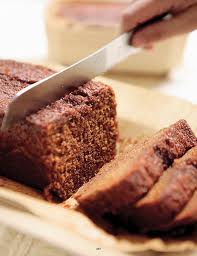 Add the dry sifted mixture to the liquid and mix well. Bake loaves for 50 minutes to an hour.

*Here comes the crucial part— wrap cooled loaves in foil and do not eat until at least three days have passed. This is a difference between an ok spice cake to a great Jewish Honey Cake. And you've got a spare loaf to give as a gift!*

The Mystery of Simultaneous Blooming

The other day I looked with glee at my gardening handiwork. My trimming and legendary weeding left a nice neat line, edging the green plants in my yard.

Only a week later I passed by, distracted by the weight of grocery bags as I huffed up the stairs, when—what happened?—my lovely line of just-trimmed ivy looked like a child in need of a haircut whose hair was just ruffled by an adoring uncle. Branches were sticking up in all directions in an unruly dance. I couldn’t believe it.


I swear, this maniacal sprouting happened overnight.
And it wasn't just one kind of plant; this contrarian response to my gardening was orchestrated by a few adjacent plant species, no doubt in sympathy with the ivy. My greens had unionized, it seemed.

^Not me— just a mammoth hedge and its trimmer

It reminded me of the mystery of Cereus greggii, a plant specie that flowers only one night a year all over Arizona, always simultaneously.
I thought about the attempted scientific explanation regarding chemical reactions and what not. But even scientists admit they don't quite have it.
Then I thought about how cultural phenomena that sprout with seeming coordination in distant parts of the globe are also explained, even as we don’t really have a handle on why.

Some months back, writers on my favorite kid-lit forum, chimed in about our works-in-progress. (WIP in writers’ speak.) Somehow it turned out that a whole host of us were writing time-travel middle grade novels set in the same state, South Carolina. It was eerie.
I did suggest some of us might move one state over. I mean, there are other states, Virginia. But no one was budging. Each of our stories had to be there.

Years from now, assuming a simultaneous publication of even a tenth of our body of work, (one can hope) it will be explained by cultural commentators somehow. But we, who lived it, know better. There is no rational explanation.

I have experienced this mysterious phenomenon before. An idea I thought original, sprouted from others with whom I have had no communication. They didn’t steal my idea, and I know with certitude I didn’t steal or even borrow from anyone. It’s that Cereus Greggii thing, just happening in a different sphere. 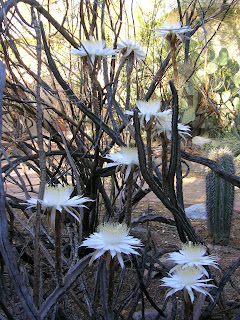 Simultaneity. To me it is as close to proof that our five senses barely scratch what is real.

This is what I'm contemplating as I trim the front yard plants to make a nice neat hedge, again.

The Author of All

I have a friend who is facing some serious health challenges. My friend is also a writer, and (lucky me) one of my best Beta readers. She is my “make it logical and consistent” cop on the beat. 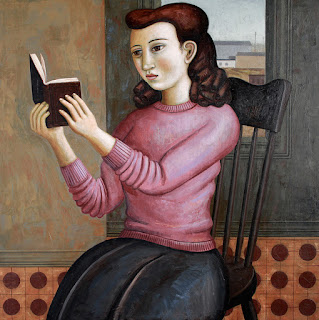 When I lamented the illogicality of her predicament, as she had lived a model healthy lifestyle, I also grieved that, unlike the stories we writers conjure where all the pieces must fit and make sense, we don’t get to fully author our real life stories.

Her response blew me away. “I'm very thankful The Creator is in charge of my story. No matter what life brings and even if it appears from the outside that the story doesn't have a happy ending, I know, if I let him be the author, the story will be a love story and the joy at the end will be beyond imagination.”
Unlike me, my friend was raised in a devout Christian home, and to the best of my knowledge has never wavered from that course. Her academic training is in logic (mathematics, to be specific) and she is rational in every way. But reason had not made a dent in her house of faith.

I am not so blessed. My road is paved with doubt and fear of ceasing control, even as I know this sense of control is illusionary. Ah, the joy of writing. There we are the authors.