A few months ago a writer on a kid-lit chat board asked how others approach revising a novel. She’s written many picture book texts, but this was her first novel. After completing the first draft, she was stymied as to the next step. “What do you do?” she asked.

Some responded with links to sites that gave directions, while others made specific suggestions. I realized that I could only speak of the way I work. After all, practice helps, and by now I have some. I haven’t published a lot, but I have written and revised a few middle grade novels, and am now working on a new story.

I copy my response here, because it says all I have to offer and because, as I said, I’m busy first drafting. A good excuse for taking the easy way on this blog today.

So here is my process, which may be of some interest, even as every person must forge their own.

It is personal, and it takes some experience to find how you work best. If you are experienced in Picture Book writing and revising, you might take some of what you have learned about your process to a novel. The only difference is the time invested in each draft and thus, proportionally, the time between revisions. Speaking for myself, the first draft is a plow forward. I'm a combination planner and a bit of a panster, too. (This means I have a very thin outline before I even start, but the fleshing out is done by the seat of my pants, as the saying goes.) First drafting is the reason I am a writer, and for me the rest is the necessary work to make it better. As others said, some love one part and not the other. It's a somewhat different set of problem solving. I don't even go near a novel for a minimum of two weeks between drafts. Two months is better. By "drafts” I am not referring to tweaks and repairing an inconsistency here and there. I mean substantial changes and meeting the phrasing with fresh eyes, more like a reader than a writer. The first two real drafts are done with me alone. No one even hears what it's about. I have a lot to work out before I feel "I've got something there."  Third draft comes after my first beta reader reads and gives developmental comments, points out inconsistencies, (thank you, you know who you are!) and catches typos. I go over the feedback carefully. Sometimes other matters arise for me while doing this.

When done, a full re-read after another break, and then a second beta reader. I look for a reader who might be different from the first in many ways, (mostly in their taste in books and their sensitivities) and when their feedback returns I mull over it in a similar way.

Another break, another read-through, and then I have my own checklist to make sure I have asked myself  if I am clear about the theme, foreshadowing, character development/change, Main Character solving the problem (or coming to terms with it) and so on. Another read-through, mysteriously catching *even more* typos...

...and then it goes  on submission. When I had an agent, this was the point where I shared it with her, and her feedback made me revise again.  Another revision, sometimes two, before it went out. Subsequent editor's interest means more revising, and the happiest of all are revisions after contract. As to the mechanics of "how," you really only have your reading ways and your reading eyes. It will not be different from the way you have worked on shorter picture book texts. One writer mentioned she makes a hard copy printed like a book. This is a good technique for many. Not what I use, but I know it helps. Another mentioned reading the text aloud, or having someone else read it back to you. There are some techniques for line editing, also.  But never feel you must write many drafts, (Stephen King does only three, but to say he's experienced is an understatement) or that what someone else says is a must really is for your way of working. Some writers are very clean grammatically and phasing-wise, and some (like me) can never get rid of all the typos no matter how many times we go over the words.

While first drafting, I refuse to think of all the work to come. I suppose that if I did I might not have the strength to start. I’m glad I wrote this^ months ago, before I put my writing vehicle back in gear. 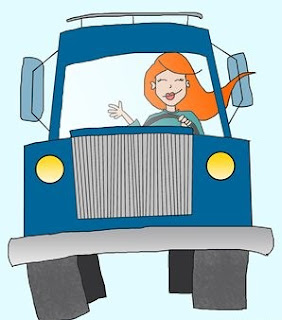 A few months ago, the kid-lit writing community buzzed and booed when someone finally spilled the beans on the perfidy of one agent, who then abruptly quit the Internet and shut her agency. Her clients, an awesome list of talented writers and illustrators, were left hanging. If you missed that particular blowup, something of it can be glimpsed here.

On another thread, an animated discussion was ongoing. Was there a way to know this agent had gone off the rails of proper business practices? Could writers ever know before signing if no one dares to speak about such matters in public and name names?

One source, which does allow specific names, is an excellent writers’ virtual water cooler, called Absolute Write. Another is Querytracker.  Neither would have helped in this particular case. There were no warning signs, except for some former clients who knew something was off but did not speak up.

It’s a thorny matter— what to say and where. There are plenty of sensitive folks who take rejection poorly, and let’s face it—this is a field where rejections are the rule. We never want to mess with someone’s livelihood, and it is too easy to destroy anyone’s name. Negativity should be kept to a minimum in the public sphere, and so I fault none of those who knew something was off but made no public mention.

My way of saying this minefield is unavoidable. Most agents are hardworking, and most do good work. But you can’t know, and the proof ultimately is in the pudding.

Agents have become the sifters for the big publishers, culling the most commercially viable manuscripts. Time was, when having an agent was a choice if a writer wanted to be traditionally published. Having an agent meant you could focus on writing while your agent focused on getting publishing contacts. The doors for writers and illustrators to approach directly still exist but they have left nary a crack opening.

So time was, but is no more. We take a chance, we hope, we do research and enlist our ever-useful gut instinct. And still, bad things happen to good people. 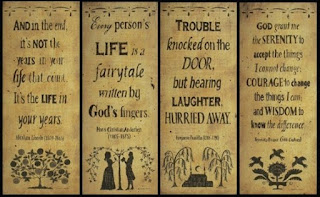 You know you’re getting older when a photograph of you from ten years ago that you thought was a bad one looks pretty good to you.

You know you are getting older when comments to a Facebook photo say something like, “Still looking good... you never age!”

You know you’re getting older when you are almost the age of the neighbor you once had who was “that old neighbor.”

You know you’re getting older when the next-door neighbor’s pre-teen sums up a long conversation with you saying, “Gee, talking to you is really not like talking to an old person.”

Yup, all from personal experience. Actually, that last one was downright neat.

And I’ll take ‘em all. What’s the alternative?

Feel free to complete--- You know you’re getting older when...

Blessed Are the Friends

You’ve heard the ubiquitous question, “where do your stories/ideas come from?”
Invariably the sweeping answer is, “everywhere.”

But a truer answer is that different people tend to get ideas in idiosyncratic ways, specific to them.

I know writers who get a lot of stories for fiction novels from newspaper accounts of real life stories.

I know writers who get story ideas while walking and looking at houses, imagining the families who live there.

I know writers who get ideas for fiction from reading others’ fiction, and imagining how much more they’d have done with those stories.

About a year ago, I realized many of my longer stories got their themes or protagonists from a friend of mine. One specific friend. We have our regular walk & talk, and I’d be telling her something I had experienced way back, when she’d say, “why don’t you write your next story about it?”

She is not a writer, but an excellent reader. I owe the last five MG novel themes to her. 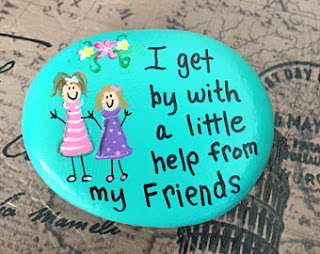 When Fiction is Unbelievable

Many moons ago a professional in the publishing world said one of my stories belied credulity. A fancy way of saying it had too much this-and-that to pass for a realistic tale, as it was realistic fiction.

My first reaction was to hyperventilate. This particular middle grade novel depicted real events from real life. Not necessarily mine, but the life of a trustworthy person close to me who had nothing whatsoever to gain from making it up.

To me, this criticism meant one of two things. Either the reader had a limited range of what they could absorb as realistic, or I had failed to tell this story in such a way that it could pass for what might, just possibly, be something that could have happened.

The first possibility, regarding the reader’s limited imagination, is something I could do nothing about. The second was completely up to me.

When there’s a choice between what I can do nothing about and what is up to me, I choose the second. Helplessness is depressing, and what I can fix is empowering. 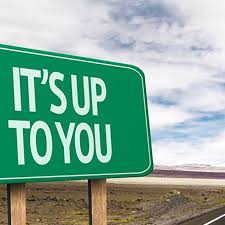 I know, my first instinctive reaction was to push such onto other people and, well, not my fault is a mantra we learn from a young age. Not only does it spare us possible punishment, (“the dog ate my homework”) but the adults around us model such reaction every day. Just look at our elected officials and almost anyone accused of a crime.

But, as I told my kids when they were growing up, only you can undo the things that are your doing. This is powerful.

When DS was a toddler and going through the “mine” phase, I remember some unfortunate thing happening that resulted in my saying to him it was not his fault. I don’t recall what that something was, but I never forgot his response. “It is my fault! It’s all mine!”

It was funny, but also a teachable moment for both of us.

So, moving forward, I combed over the fictionalized biographical story and labored to make it stronger and more vivid. In the process, I discovered a writing technique that might work for you if you encounter this reservation from a reader.

It’s in the details.

If you write concrete and specific details into the story, it gains a dimension of reality that wasn’t there before. The more details the better. Go all out. Describe the shape of the doorknob and the sound it made when the protagonist twisted it slowly, or the smell of specific herbs cooking next door. Don’t think of the details as unnecessary, but as part of concertizing. Not only fantasy stories deserve world building.

The true story I refashioned into fiction came my way without details. I had to invent them. But the fiction I imagined made the bones of a true story more realistic.

Can you tell I’m in the throes of just such?