A Conversation with a Four-year-old

This morning I had this conversation with a four-year-old who lives next door.

We both laughed. Me, because his conclusion was funny to me.

When writing for young’uns, it’s good to remember they see things from a different perch.
Bless my neighbors for sharing their kids, when mine are no longer the age I write for. 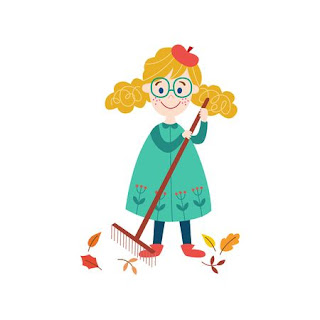 Every writer knows how important a strong, engaging, punch ‘em in the gut opening is to selling a story.

It’s the antithesis to the way we teach schoolchildren to write letters, beginning with “dear so-and-so” and proceeding with “I am writing to you...”
BO-RRR-ING.

The first paragraph is a rude thing. With it, we must break ingrained habits of polite address, which build methodically and leisurely to the point of why we are writing in the first place. None of that pitter-patter to the entrance, folks.

But I find the first paragraph serves not only to engage a reader, but to set me, the writer, on the right course. It is a reminder of who, (the voice, i.e. the personality of the narration) the why, (why is writing the whole thing worth my while) the what, (the theme is embedded right there) the where, (at least in terms of how it's emotionally situated if not physically as well) and the when.

If, along the winding way of first drafting, I find myself unsure of any of the above^, I re-read and reorient with the help of that first paragraph. In the event that it doesn’t serve to correct my writerly meandering, it’s a failure.

It’s not only for the reader or the marketing department. Great first paragraphs are the writer’s lighthouse to get back home. 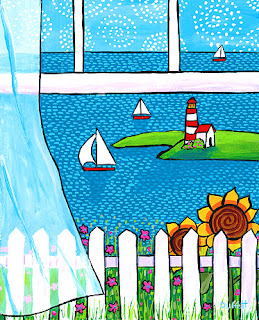 This Date in Personal History

Ever wake up, note the date, and think there is something about this date that is meaningful, something you should remember, do, or register. Something important...
But nothing pops into your conscious mind. Nothing even crawls in. Nothing.

I have that feeling every few months. I wonder if the birthday of a friend from long ago (like elementary school) or some appointment or work deadline I was supposed to meet is causing this sensation. Maybe. Probably. Who knows?

And this is when I go to this date in history. When all else fails, I feel a need to connect with the collective consciousness.

So on this date in history, the fourteenth of January, in the year 1601, church authorities in Rome burned Hebrew books. Oy vey. Sadly, not the last time this would happen.
On a positive note, in 1878 the U.S.A. Supreme court ruled race separation on trains unconstitutional. It would take eighty-five years for this to sink in some states, but it’s progress.
And on this very date in 1979, President Carter proposed Martin Luther King Jr. Day.

I still can’t connect to the date’s personal thingamajig, but I’m satisfied.

Have a wonderful day!

Going for a Hike

When I read that a writer revised a novel sixty-four or a hundred-and-eleven times, I am not awed. I'm baffled.

Tackling a revision is like going for a hike.

First draft, for those of us who are planners, is like going for a hike to an unknown place but using a map. Pantsters (those who write by the seat of their pants, no outline) are hiking to unknown places without a map. Pantsters have only a vague sense of where they must end, which is some variation of home, be it a mental or emotional state for the main character or the plot coming to a place of equilibrium.

I always work on the first and second draft alone, and it’s the closest I come to hiking without a map. By the second draft I already know the trail (=first draft) but now I must see if this was a good, satisfying hike. Before anyone else’s feedback, I’m not clear how to asses. So I made some standard questions I ask myself as I go.
Theme?
Consistent voice?
Foreshadowing?
End that echoes the beginning?

Now it’s time to have others join me; Beta readers, whose feedback is invaluable. Their specific comments become the trail map for the next outing= the third draft. I find it much easier to revise to specific feedback. It is like hiking with specific places to pass on the way. 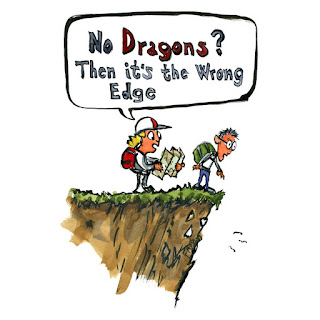 Revising is also akin to hiking in that after many rounds you stop seeing much of the road. It just goes by with nary a single detail noted. This is why my process stops at the fifth or sixth draft. For me, there's a point where I no longer see what a reader would, and that's where I'm done. I’m always ready to go back after some time has passed, or an acquired manuscript gets new eyes to guide it. But on my own, it’s a five-six times trek.


Because writing, like hiking, is an effort that should reveal and enhance, not suck the life out of the traveler.