The writerly voice is the personality of the narration.

This blog, for example, has its own voice. A touch of angst, a sprinkle of wistfulness, and an evident struggle with preachiness that I don’t always win.

Writing fiction is similar in that the narration, even when not in first person, is a person of sorts.

I have rarely gone in the lyrical direction, but some pieces just did it anyway. I recall both my critique groups and later my agent’s surprise to get lyrical writing from me. Those pieces write themselves and sing that-a-way.

I’ll be honest; the lyrical pieces feel as if they come from some other source. My everyday writing voice has a touch of angsty attempted wit, which I hope isn’t too self-conscious.

My experience is that the writerly voice is the same inner voice that talks/tells to self, but more organized as writing must be.

In other words, the voice cannot be taught but the organizational aspect can. In fact, that mechanical/organizing craft is something you improve with practice and reading. How your inner voice speaks, however, is innate. All you can do is shape and polish it.

Musing on a wistful end of fall day here. 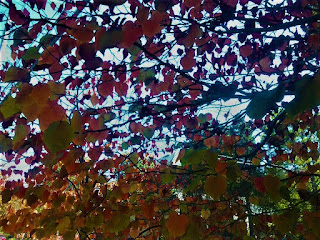 This Thanksgiving, rather than think turkey, (i.e. a mass-slaughter time for animal lovers) pumpkin, (why can’t it be Apple or chocolate, say the real dessert fiends) family, (for better and worse, as a plethora of articles on depression have come to flood the media starting holiday season) or national commemoration (as revisionist historians remind us, this day commemorates colonizing) I would like to cast off the darkness for once, and focus on gratitude.

“Appreciation is a wonderful thing. It makes what is excellent in others belong to us as well.” 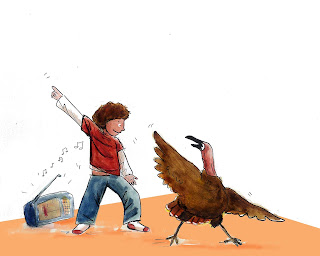 Giving thanks, that’s all. The rest is noise.

Email ThisBlogThis!Share to TwitterShare to FacebookShare to Pinterest
Labels: gratitude, Holidays, Spiritual, Thankfulness, Thanksgiving, There's a Turkey at the Door

November 16, 2001, was a milestone for all who contemplate such in regards to storytelling.

This is the twentieth anniversary of the release of Harry Potter and the Philosopher’s Stone movie, one that sent an already phenomenal literary success into the stratosphere of cultural treasures.

The first books were published a few years before, beginning in 1997. As a new millennium burst forth, and with the trauma of September 11 2001 just marking the new age, civilization needed a global hero to do battle with the dark forces.

Previous super heroes were muscular and donned impressive outfits. Harry was small; a bespectacled pre-teen with no support at home.

But Harry had magic.

For those who write kidlit, the return of magic to stories was welcome. Children were back to reading, even though teachers didn’t assign these books in school. What made the series especially impressive was that people of all ages bought and read the books. Childless folks of parental age also gobbled the volumes up.

Then, beginning November 16 2001, came the movies. They didn’t replace the books. People watched the movies, and went back to read and re-read the books. I know the volumes on our bookshelf were tattered from use.

Whether you are a fan or not, Harry Potter’s appearance on earth is something to celebrate for all the reasons I mentioned.

We needed him. We need heroes still. 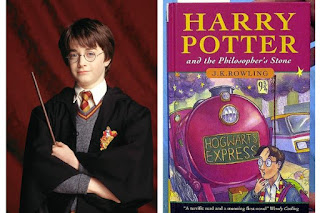 I had one of those epiphanies, where I realized that moments of joy in my life were neither created nor re-created by me.

Put another way, I can do things that I think might bring me joy, or repeat things that brought me joy before. But neither guaranties I would have the experience.

The mystery of joy, that feeling that things are in place and the place is beautiful, comes when it comes and thus is a moment of grace.

I thought about C. S. Lewis’s masterpiece, SURPRISED BY JOY. It's an autobiographical account of his discovery of faith. It mysteriously echoes his finding earthly love and marriage later in life, with his wife Joy Davidman. The book was published before they met.

When I read this book many years ago, I focused on the “Joy” in the title. Now I’m meditating on the “Surprised.” 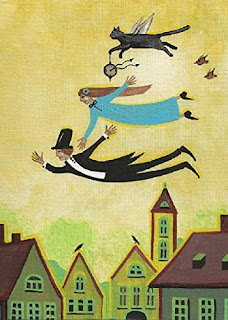 © Margaryta Yermolayeva
Posted by Mirka Breen at 6:00 AM 9 comments:

So I had some not good news the other day.

How does one write on bad-news days?

For that matter, how does one focus on any sort of important news day?

These bring me straight to the root: how does one write, period?

The only answer I know is this mysterious thing called the gift of concentration.

Few people I know are born with easy access to this gift. In this world of action, busy, noisy and hectic this-’n-thats, distraction is the default, and focus is a hard won goal.

Some people pray, others use physical exercise. Some meditate, or medicate. It’s different for everyone. But the determination to know how to achieve a state of concentration is paramount no matter how you do it.

I was in my late twenties before I had a grasp of how to work despite every sort of news.

But some days it’s still elusive. 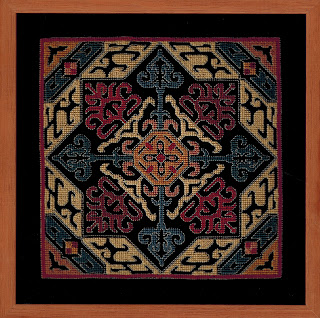