Some who write dread the first draft. I have friends who write and describe the first draft as a plane soaring to the sky only to repeatedly stall in midair. The terrifying sense of doom—an imminent crash— is ever present, only to abate when the wind beneath their wings picks up again.

Not me. First drafts are intense and immensely absorbing. Entering the world of another time, another place, or another person, is a joy. I operate under the illusion that I am taking my riders, er, readers, along with me.

That is until the first draft is finished and my read-through & minor fixes done. Time passes, another read-through and a few more issues solved. Then another clean-up, and it’s time to let another reader in. 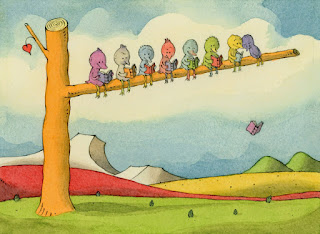 Here come my betas, the most generous helpers imaginable, plowing through my mess. I rely on their giving souls to tell me if the ride was as illuminating and exhilarating as I thought it was. I share with one at a time, correcting the manuscript with each feedback, hoping to spare the next reader a few more typos and wrong turns. Actually, I’m hoping there are few things to correct, but remind myself that every suggestion is a pearl disguised as an oyster.

Days/weeks later, and the first feedback comes. Ouch. But okay, I can fix that, and this, and the other thing.

Second Beta feedback. Ouch—Ouch. Why is it so different from the first? Because it is a different reader, duh. Okay, not the end of the world. I can deal with it. 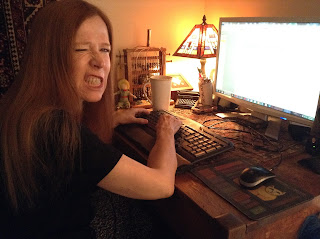 I limit this first beta round to two or three readers maximum. Too many co-pilots will crash a plane; sadly we all know this by now. The goal is a good landing.
That about describes where I am these days. Focused, and praying that it will be good. 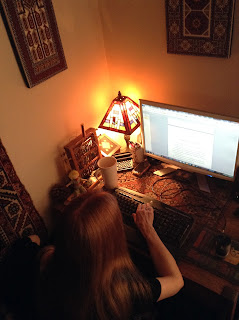 I put off making updates to my website as long as I possibly can, and then put it off even longer. My external excuse is that I struggle with the formatting and technical aspects of my site. It’s much less user-friendly than Blogger here. Inserting an image, or changing placement of such, has caused whole paragraphs to disappear. Or, even worse, to appear juxtaposed over each other in a frantic jumble. The techies in my house refuse to deal with it and I’m too embarrassed to ask again, after they all had declared my site a disaster area.

That is my external excuse.

Internally, it’s a different story. I loath to change because I find change traumatic. Maybe if I don’t make the changes for the world (or the handful who look) to see, they won’t be real.

But change is the third thing you can count on, after death and taxes. It will happen. 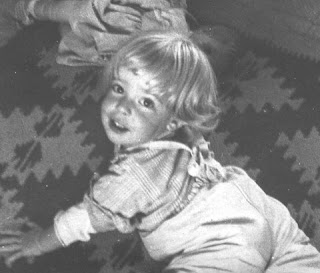 Me^ back when… Not anymore!

My bio, called About Me , continued to mention the next door neighbor’s cat who’d gone to heaven long ago, and not my own three who have been with us for almost two years. Worse, it suggested my two kiddos still lived with us full-time. That is insulting to college students, and if you know any they will verify. Alas, it had to be changed.

Making these seemingly tiny changes, I felt my insides squishing. You mean to tell me the kids have flown the coop? Must be. It says so on your official website, in black and white*. (*Black on blue, really. But you get the point.)


That papa knew what he was talking about, and felt keenly the urge to pass it on.

Lists are not glamorous. If fact, they are downright dowdy. But lists have saved my sanity. If I were prone to drink, I’d say they kept me sober. Goodness, I’ll say it anyway.

I began making daily task lists in high school. My plate was so full that I needed to check things off to keep tabs on how I was doing.

I fell off the list-wagon for some years after that, but discovered, when I became a full time mom, that lists were essential. How else would I know if I was getting anything done? A mom’s work never is.
And it was also the only visible sign I had of doing well. Babies don’t tell you. By way of thanks, they push yet another bowl of cereal on the floor so you can get to cheerfully wipe and pick up.

As my babies grew up, so did my writing. I began writing longer stories. This is where lists became the most crucial of all. Longer stories take many days-weeks-months and (gulp) years to conjure. Only a growing word-count told me I’ve accomplished something that day, and word-counts are, you know, rather dumb things.

This is when I discovered the importance of charting, or the list of major points in the story. I didn't need it for a bang-up beginning. That would come to me almost in a dream, and propel me to tell the story in the first place. It was about midway through when the story’s list/chart became its lifesaver.

The middle doldrums benefit from charting. That thin wire, strung across from the rooftops of the *oh-wow!* beginning to the *Ah-ha!* ending had kept me from falling off altogether and never making it to the end.

When I can see the finish line, or the rooftop of the ending, I glide to it, propelled by its sense-making and glorious feeling of both closure and accomplishment.
It’s the tenuous middle where I'm shaky.

In one of the best last scenes of anything anywhere, in response to Jack Lemmon who was playing a man disguised as a woman and desperately trying to get out of an amorous suitor’s gushing declarations of love-you-forever-after, the dialogue went something like –

Jerry: Oh no you don't! Osgood, I'm gonna level with you. We can't get married at all.
Osgood: Why not?
Jerry: Well, in the first place, I'm not a natural blonde.
Osgood: Doesn't matter.
Jerry: I smoke! I smoke all the time!
Osgood: I don't care.
Jerry: Well, I have a terrible past. For three years now, I've been living with a saxophone player.
Osgood: I forgive you.
Jerry: [tragically] I can never have children!
Osgood: We can adopt some.
Jerry: But you don't understand, Osgood! Ohh...
[Jerry finally gives up and pulls off his wig]
Jerry: [normal voice] I'm a man!
Osgood: [shrugs] Well, nobody's perfect!


[Jerry looks on with disbelief as Osgood continues smiling with indifference. Fade out] 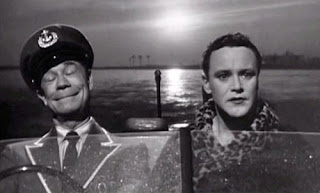 In our world today this may seem outdated. Today we have a male’s male who was an Olympian gold medalist in the most demanding of events, the decathlon, coming out as the most attractive sixty-five year old female to grace any major magazine cover. {I marvel less at her femininity than at how she looks at that age, babe.} Today Osgood could marry Jerry in all fifty states and many countries to boot. But in context (the movie was written in the 1950s) it packed a punch. Not about shifting genders, but about how, so very true, we’re all working on something. Nobody’s perfect, darling.

I was looking for a particular editorial letter I got a few years ago, one of those glorious rejections. (You have to be a writer to get this.)  That letter said I should expand a PB to a novel, with specific suggestions. The editor expressed interest to see it if I do.
I keep all personal and pertinent rejections, and I’ve accumulated quite a few.

Looking for it, I got distracted by some of the other personal rejections in the file. As I read them, I realized, horror of horrors, a typo by one editor. Then another. In the end I found a few such faux-pas in three letters, not by the same editor.
I thought about how we writers become apoplectic at the thought of having sent a letter or a manuscript with even one misspelled word or a confused homophone.

But there they were, the their for there and they’re.

All right. I know. I've been guilty of this and worse, especially in online posts  where I didn't give myself the time* to come back and re-read after a bit before posting.
*(It should be mandatory, BTW. But it would also kill the chat boards and social media sites if everyone waited an hour and then re-read their typed wisdomisms.)

We are admonished to be careful with our submissions, and we are. We are writers, after all. Words are our thing.

But they are editors, for Pete’s sake. What’s with the typos?

And then I thought about this last line from SOME LIKE IT HOT.

I hope I’m extended the same courtesy, but for now I begin by doing it to others. Nobody’s perfect.