April Fool’s, and it got me thinking about spy stories.

April Fool’s is a day of sanctioned pranking, deceiving, and let’s just say it, lying.

Spies, too, are sanctioned to lie by professional code. They lie to their loved ones about what they’re really doing. They lie to people they meet on assignment because they are spying on them. They even lie to their superiors about the small infractions they may have inadvertently committed on the job. They are trained to lie all the time. Don’t ask me how I know because I know it for a fact and I am not lying about that. But maybe I am.

I’ve only written one story (a novel for MG) with spies in its center. The theme of the story is lies, deception and betrayal. Not your usual glamorous depiction of brave action for a great cause, around which most spy novels are centered. Betraying people you know or meet is not noble.

Writers are constant liars also, even as we couch it as fibbing or stretching the truth. We conjure stories and insist none of the characters have relation to living or dead people. That’s a lie. We write memoirs and insist it is as it was, which is a lie because a good story needs to mute or enhance and also mainstream the telling.  We conjure and make believe and become so adept at it that we occasionally confuse ourselves.

It’s all in service of humans' endless fascination with other humans.

But one day a year, we do this openly and rejoice at this life art.

I hope your April Fools is worthy of its delightful possibilities. 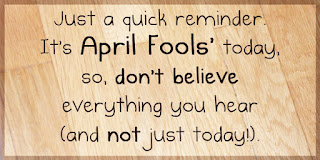 Not even what I wrote here. 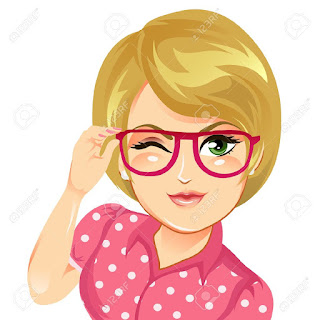 All in the service of story!!! Thanks Mirka.

In my book, everything is story. ;D

Every book is a blending of both truth and lies. The funny thing is, most readers wouldn't be able to pick the two apart if they had to. ;)

I think it's very true that we model our characters after people in real life. It's how we make them believable. Hope you had a great April Fools Day!

It was a quiet day, Sherry. I didn't tell a single lie :)

Indeed. Especially if we are good liars.

The local April Fools Prank was an announcement that Kanye West was going to take over Dollywood and re-name it "Yeesywood." Knoxvillians have a mighty love of all things Dolly Parton.

Harmless enough, unless you are dear Dolly.

Hope everyone had a very happy April Fool's Day!