But I’m mulling over a different In-Between. I’m in between two projects. Different revisions, different stories, one done the other about to begin.
This is necessary In Between time.

I tried some limited version of this when I was in the midst of a first draft and a requested revision to a different novel manuscript came, with some time sensitive matter. I worked on the first draft (practically sacred time for me) during the week, and revision on the weekend. That sort of worked. Sort of, because it would have been better to separate the narrative voices by more than a day in each direction. 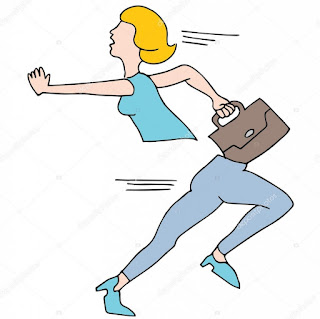 So, at least for me, In Between Time is part of the process. Call me Mrs. InBetween without worries about my taking it as messing. It’s the exact opposite. It’s a way of assuring clarity and creative purpose that is not messy.

Mirka, it's so good you know your own process. For novels I can only work on one at a time, but the shorts are everpresent for me--I need them for my sanity :)

I enjoy hearing about how you do your creative work, Mirka. As you say, authors have many different ways that work for them individually.

Usually, I hyper-focus on one project at a time. Live and breathe it till it's done and then I more on to the next obsession.

I continue to marvel at the ones who write two novels simultaneously. :o

I can't write two books at the same time, but I can revise one while writing another. And I do jump right from one book to the next, but that's because my schedule forces me to. It's not always easy, but you do get used to it the more you're forced to do it.

If anyone can do it well, you can, Kelly.

Love that picture! And my problem is I'll get excited about a couple of projects at once - then end up finishing neither of them. So, I have A LOT of partially-written projects on file:)

Aha! I think you just illuminated something. I have a horror of half-finished projects. This may explain why I must work on one-at-a-time.