INTERNET TROLLS and OTHER PESTS

For the one percent who do not know what a troll is, there are two definitions.

1.      (In folklore) An ugly creature depicted as either a giant or a dwarf. 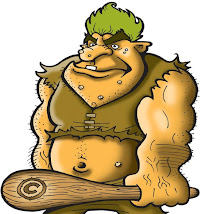 1.      A person who intentionally antagonizes others online by posting inflammatory, irrelevant, or offensive comments or other disruptive content. In the late 1980s, Internet users adopted the word "troll" to denote someone who intentionally disrupts online communities.— 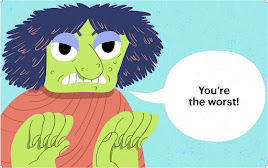 Neither is pretty, but the first have use in fairytales while the second are as useless as can be.

It’s tempting to engage with #2 trolls. Here’s my way: NEVER-EVER do that. This is precisely what these dark tormented souls want us to do. We can’t fix them. We can block them on sites we control, but they will pop up on others. They don’t change/reform/see the light from thoughtful responses.

Putting on my psychologist hat, I understand the online trolling impulse comes from the need for attention. If they can’t get it constructively, they get it any which way. It’s a misunderstanding of the notion of “being somebody.” To these poor souls, any attention is better than being ignored.

I just ignore them (and block them) as well.

At least most trolls are easy to identify.

It's almost worse when you get people who offer "help" by telling you everything you are doing wrong--regardless of whether you are actually doing it or not.

Responding to them leads nowhere too.

Agreed. These people are an insult to real fairytale trolls.

I agree: IGNORE. Also, when unwanted email comes in, don't open, simply DELETE. The world is, unfortunately, full of people who put their time and energy into being destructive rather than constructive.

I have a family member who I just realized is fitting this definition. It's this group/organization/belief system is bad/evil because of this and this. If I challenge him, I get, I can't talk more about this right now. Sigh.

Good reminder. On the few times I've been trolled, I've ignored them, blocked them when I could, and if one comes in on an email, I send it to junk. It's sad that this is how someone gets their kicks.