Why Do We Hunger for Sequels?

The hysterically enthusiastic reaction to the announcement that Harper Lee, the author of the American literary classic To Kill a Mockingbird, will publish another novel, (this one the original version of the story written before the published masterpiece) was both understandable and also, if I dare say, a bit pathetic.

On the Blogosphere I read writers and readers who chimed in that they already pre-ordered the second book, could hardly wait, and that the discovery of an abandoned manuscript made their day.

Ms. Lee, by all accounts a reclusive person who had said until last year that she would never publish another book, had apparently changed her mind. Or was it her new Lawyer who changed it for her? Or, perhaps, was it pressure from family members who would like to have more $$ in Ms. Lee’s estate? The conspiracists were already weaving their tales. 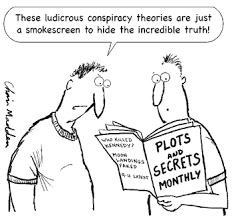 What is the truth? Who knows? How much does it matter? It’s a great story. Our hunger for great stories is the one thing certain.

This whole evolving sequel to what was expected to be a quiet retirement by a great storyteller left me with a bad taste in my mouth. It echoes our obsession, even demand, for sequels. Even if in this tale the sequel was written first and the published first book is really a prequel, and so forth and so on… whatever.

Loved the book? Please, please may the writer write a sequel. A great movie? I can't wait for the sequel. 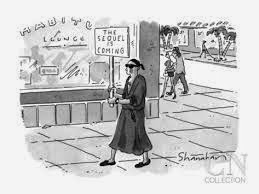 A stand-alone story better have a nailed-shut ending, maybe one like Hamlet’s, where everyone who matters dies. But wait, why isn't there a sequel to Hamlet? Maybe he can come back, y’know, like the ghost his father did in the original. 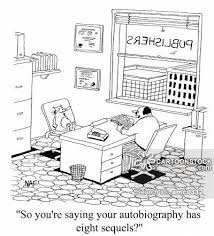 I’m not a fan of sequels. I even like ambiguous endings, and I don't need “the rest of the story.” To Kill a Mockingbird is a great book. There have been more than twenty published sequels to it, by other writers, that took nothing but added nothing to the original.

Don't blame the publishers. Sequels are cash-cows and publishing is a business. Don't blame the writers of series, because some stories were meant to be, and were originally written as, series.

But some, I am certain, are stand-alone stories, and should be left alone, people.

I’ll stand alone for standalones. Best. Books. Ever.
Posted by Mirka Breen at 6:00 AM

I've rarely read a sequel to a bestseller, in print or film, that's as good as the first. There are books that were written as a series, like what Rowling did with Harry Potter, where each one is created as a stand alone work. I'm okay with this plan and have even done it myself in my Diamond series. And a lot of mystery writers will do this with a series to great success.

But then there's the blockbuster hit cashed in with the "sequels", like Back to the Future and Indiana Jones and Home Alone, with each one being worse than the one before, watering down the brilliant original first. I can understand why it's done, of course, because if it's a bestseller, that's where the money is. It's a shame when it happens since the commercialism then dilutes the art.

Mirka, in general, I'm not a fan of sequels or series, but I am really looking forward to Ms. Lee's book. At the workshop, I learned that this sequel was actually what she wrote first, and her editor said Scout's backstory would make a great book so that's how TKAM came to be. I am very curious what her vision of Scout as an adult is.

There are s lot of sequels I never read, but one of my favorite books is a sequel. I'm up in the air on this one. ;)

As I said^, some stories are conceived as series. In those books-- volume two, or three, or five-- (HP is a good example) may be even stronger than volume one. If a book is written as a stand-alone, I think it is best left alone.

I love sequels and series. For example, I'm a huge fan of The Raven Boys and I'll be sad to see that series end. Harry Potter. That could go on for infinity and I'd be cool. It's hard to say goodbye to characters we love. That said, there's plenty of series I've given up on as well. Too many books to read to read another book in a world I feel meh about.

Again, I was not speaking of series. Stand-alone novels that were not written as series should be allowed to stand alone. Not only was To Kill a Mockingbird written as a stand-alone novel, but its author made a point, abundantly repeated over many years, that she wished it so.

You know, I can't remember the last series I've read. Probably a middle-grade series (with only 3 books). I don't generally go for series either. I like standalones. But I do want to read the Narnia series this year.

From my original post above: " Don't blame the writers of series, because some stories were meant to be, and were originally written as, series."

I have loved many series, and may even write such one day. Again, I was not talking about series. To Kill a Mockingbird was written as a stand-alone, never meant to be part of a sequel/prequel/series. From all we know about Harper Lee all these many years, she did not want to continue the saga. It should have been left alone, IMO.
And so should many other books, written as stand-alones. How sad the many sequels to Gone with the Wind look now. (None written by Margaret Mitchell.)

Mirka, I agree re Harper Lee. I was initially excited at the prospect of another book from her, just because I love Mockingbird so. But murky legal issues aside, I don't want a sequel to Mockingbird, or another book about those characters. I feel like that world is better left alone now and follow-ups will likely only diminish it.

Generally, I tend to prefer standalones - as both a reader and a writer. That said, I'm just now making tentative gestures towards starting on a sequel to a forthcoming book, having been emphatic that there wouldn't be one. Somewhere along the way, I've started feeling like there's more story to tell, like the characters aren't done yet. Without that driving things, I wouldn't consider it, and there's every chance things will still peter out. If that happens, I won't push it.

I love To Kill a Mockingbird, but I agree, this doesn't seem to be what Lee hoped to do with her abandoned manuscript. Seems people love the familiar. From six-year-olds to seniors, they come into my library asking for another book just like the one they've read. Same goes with movies when we shout out--oh that's the actor who played in... we love familiar faces and stories.