The old chicken-and-egg debate has a writerly version. Should you start from plot, or from character?

I've read variations of this discussion on writers’ blogs, How-to books, and in interviews with great writers. I was aware that most literary writing is firmly anchored in character, and in some cases barely has a plot. I noted that many bestsellers (“commercial fiction”) are impressively plotted while the characters seem more stock. Not everyone can write like Dickens and excel in both. (And speaking of Dickens, I don't think there was a consistently better writer of first paragraphs, but I digress.) 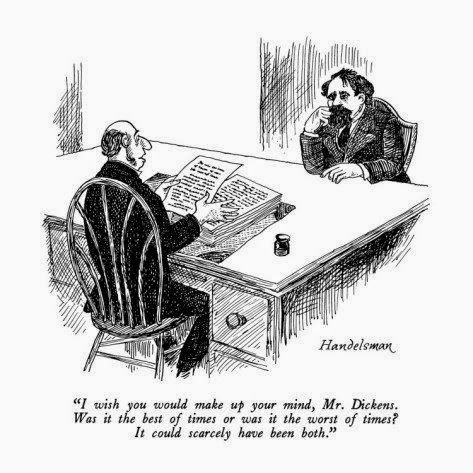 But when I reflected on my own process, I realized that with a few exceptions, most of my stories began stewing with neither. They began with theme.


I didn't know what* happened, and I didn't know who** was there. What I knew was that I wanted to find a way to think about something***, and that the way was through conjuring a story.

Oh, dear. I just complicated the chicken-and-egg thing. I added the nutritional information bar. Maybe this is a good place to stop mulling about, and start.
Posted by Mirka Breen at 6:00 AM

I love how you complicate things, Mirka and get us really thinking. And I'm with you. I often begin with theme as well. Come to think of it, I tend to look at life thematically as well, as I search for meaning and it inevitably seeps into my writing. Great post.

Usually, my books begin as characters who have something different about them or some problem that then leads to my plot.

"I tend to look at life thematically "--Fitting for the poet you are, Laura, and the poetic posts on your blog.

Oh, thanks, Mirka. I think we are both poets at heart.

I think I start with a plot usually and then work from there. Starting with a theme is a great idea though!

Mirka, I love that you have added an element to the chicken/egg dilemma. But that has never been a real problem for me. Reverting to what Vijaya said, about the "pickle." I am usually inspired by the "pickle:" or theme. Sometimes it is a social or environmental problem that I read about and want to address. After that, the character and plot develop pretty readily. This is how both my novel, Wounds, and my latest picture book, Arctic Danger, came about.

I went into great detail in a post that got lost, so I'll just say, it differs for me with each book. Whatever works.

I just start writing and my plot ends up in a pickle!

I think my characters and plot show up together, but I like the idea of starting with theme.