(Still) On the Subject of Do-gooders…

It occurred to me how preachy my last post came across. Not the first or last time I rode the preacher’s revival bus. I must have been one in a past life, though for the life of me (this life) I don’t remember. But I do recall both my parents, at times, suggesting I get off the preaching pedestal. That I did this as a wee toddler is charming and alarming at once.

I have a vivid recollection of trying this maneuver on a red-faced lady who was already pouring her day’s frustration on a little girl. Buses in Jerusalem were often crammed-full of sweaty passengers, riding sardine-tin style, and elbowing their way at their stop to the exit door, sometimes with brute force. Working people getting home at the end of a day, or making their way to appointments downtown, experienced the bus ride as one more ordeal they had to survive. 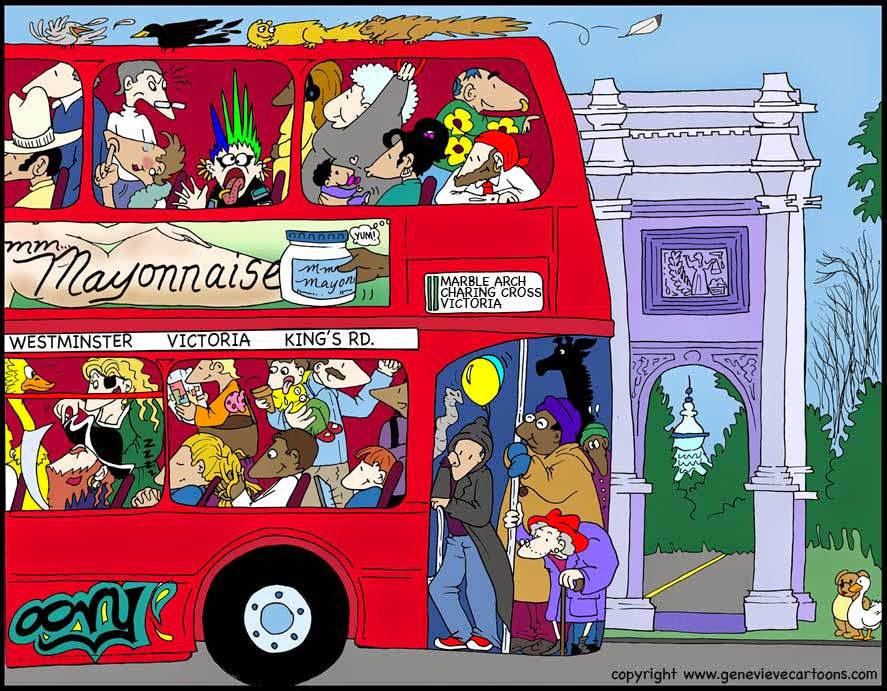 It was easy to yell at a child who was wedged between much taller people, yearning to breathe and possibly getting a pocket of air in the space created by a bag of tomatoes and salad greens. Leaning against groceries should be a no-no, so the lady was right to yell at that child.
By the way, that child was little me.

“I’m so, so sorry. Really,” I said. “Is the tip of my nose disturbing your eggplant?”
The lady was speechless.

To be truthful, I stole that line. The day before, someone explained to me that in England, unlike in Israel, people were immensely polite. I was given an example of a “vedy British” line that went something like-- “Pardon me. Is my eyeball disturbing the tip of your umbrella?”

I envied the British for this, so I single-handedly went about britiifying my town, starting with the huffy lady on the bus. The lady’s face turned a good match to the tomatoes in her bag, and my mother elbowed me. Hard.

That failed childish effort is an excuse for what I do today, preach and teach. I long to do good and I yearn for fun. The two don’t have to be mutually exclusive.
I have some venerable company in this~~~

“Do the right thing. It will gratify some people and astonish the rest.”
Mark Twain
Posted by Mirka Breen at 6:00 AM

Really, dahling, this is another tip-top, spot-on post! And I love that Mark Twain quote too.

Haha! My mother would call that sassing, Mirka!

Seems I swing from preaching to sassing. Oy.

Memories are a wonderful thing. Thank you for sharing yours with us. And also the Mark Twain quote. :)

lol Kudos to your mother for not laughing when you said that. I would have.

How funny. Great examples and I don't know where you find your pictures, but they're always a perfect match.

Great anecdote! The illustrations are fantabulous!

That's a classic line - you must've used it in your writing somewhere along the way.