KEEPING TRACK OF THE DAYS 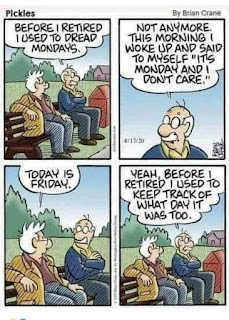 One of my sanity-keeping strategies is to not let go of my old routines even when external forces no longer necessitate them.

When I became a full-time mom, I relegated my writing to the rhythm of my kids’ school year. That meant I took summers off. I began plotting a new Middle Grade in September, with a first draft start date no later than October first, and a second draft no later than February first.

My writing days were also set, with weekends relegated to critiquing other writers’ work and drafting blog posts, such as this one.

School vacations were my days off, too. The summer was re-charge time, with the creative engines beginning to rev up in August. I jotted notes for ideas, but stayed off the first drafting table while Camp Mama was active and I was running it.

I no longer have kids at home, and my cats don’t care that it’s summer. But I keep to my established routines because they have worked well for me. I never did NaNoWriMo* because I don’t need it. I have my own novel writing month(s), and I don’t let myself off the hook just because I can.

In truth, I always could just not do it if I didn’t feel like it. But I understood this notion to be the enemy of the creative spirit. It’s not what do I feel like today, but rather— today’s Tuesday and so this is what I will feel.

Oddly, this isn’t confining; it’s liberating. There’s plenty of time for spontaneity and variety when the day’s work is done, and the work itself shapes a kind of internal liberation.

It’s cutting off the chains of ennui and touching the light of yes, we can.

I'm a big fan of routines that sustain the creative life. I also stick to the ebb and flow of school days/seasons :)

Routines are good and that's one of the problems I had with the pandemic. All my routines (volunteering at the mission day care, helping in the church office, making toys for needy kids,...) suddenly were no more and I didn't figure out good alternatives to replace all those routines.

Yes, having a routine is so helpful. I've not been as good at that as usual with health issues going on, but am working at getting back into a routine. My critique group meetings help motivate me, too.

My husband often says, "If it ain't broke, don't fix it." So, if you schedule works for you, then keep it. Each of us, with a different temperament, finds a way that helps us to function best.