Many years ago, my mother, herself in her sixties, had a friend who was in her thirties. Her friend, of Japanese descent, told my mother that she celebrates her own birthday by giving flowers to her mother, because her mother was the one who gave birth to her on that date.

I asked my mother if she was telling me this because she thought it was something I (cough-cough) should do as well. My mother laughed. “Oh, no. We don’t do this,” she said. “Maybe it’s a Japanese thing?”

Years later, I became a mother myself. Every one of my children’s birthdays meant more to me than my own. Unlike them, I have a memory (a visceral one at that) of the original day, the day they were born. I remember it minute by minute. Both my kids' birthdays were the most monumental days in my life.

We don’t do the flowers thing, as my mother said. But I now get the wisdom of this tradition. Whether it was idiosyncratic or a cultural thing, it evokes a sense of awe. 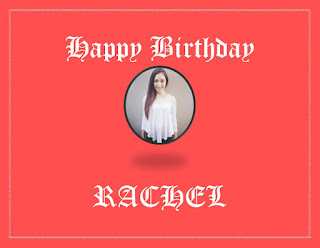 I agree that giving flowers to your mom on your own birthday is a lovely tradition. And remembering my children's birth days on their birthdays is a joy.

Happy birthday to Rachel! You must be such a proud mama. Yes, my kiddos' b'days mean so much more to me than my own. I like to thank my MIL for the wonderful son she gave to me on his birthday and Mother's Day and his father too.

How wonderful that you remember your children's births in detail. When, long ago, I asked my mother what time I was born (I needed the specifics for something), she said, "Who remembers?" What?! I thought my birth was a momentous occasion. After more questions so I could narrow things down, I finally figured out that I was born at night.