A relative had recommended a series, and after watching the first episode I let him know I didn’t think I’d watch the rest.

He was aghast. “It’s the best series I ever saw,” said my dear family member. “It got me thinking about so many questions and had so many twists and turns.”

Yes, that’s the plot. A whole town full of characters. Mysterious occurrences, once begun, continue to baffle as they go on and on. Good premise.

The problem was that I found every single person in the town unlikable. Not in an interesting sort of way what’s-with-him/her unlikable, but in a dull nothing-to-like-here mode.

My relative lamented that his wife also dismisses stories (be they books or movies) when she doesn’t like the main character. “I just don’t get it,” he added.

Here’s the best explanation I can give on this matter. Spending the most precious thing I have, time, in a place I don’t like or with people I don’t like, is something I won’t do unless compelled to by law.

We all occasionally have to. It might be family, or a job. But we’d be wise not to do so for longer than necessary.

Reading a book or watching a movie is very much like hanging out in their time, place, and with their characters. What happens there can be interesting. But without liking someone in that world, I’m out of there, thank you.

And so I left that series, which incidentally is named The Leftovers. I may give it another try someday. Who knows, never say never. But the feeling that I choose who to hang out with when I begin a story is forever. Same for the ones I write. 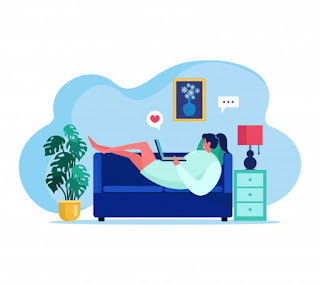 I'm with you, Mirka. Life it too short to spend it with fictional people I don't care about.

I think it's hard to enjoy a series, movie, book, whatever, if I don't enjoy the characters. When The Office began, the Michael Scott character was mean--just plain nasty. After a couple of episodes, he became clueless, and quickly turned into well-meaning but not understanding social cues. That change in the character saved the show for me and made it one of my favorites.

I'm definitely with you on this one, Mirka. I put myself so totally into the main character of the book, that person has to be someone I like.

My daughter tends to dislike a lot of main characters, and when I think about it, I often like the supporting cast better than the main characters. Interesting.

Indeed. Like Ayla, as long as there is *someone* to like and spend time with, I'm playing. :)
BTW, MCs have to be flawed if they are to be of any interest for me.
A whole town of unlikeables is where I step on the pedal and get out of there.

I've stopped reading or stopped watching books and tv series where I find the main character unlikeable or unrelatable. Interesting flaws are okay, even necessary; but if I can't like the character I leave.

Did you ever watch Mad Men? Don Draper, the MC, has lots of flaws and makes some very questionable choices. He's very flawed. But he has a vulnerable side and does some nice things, too. This makes him complicated and fascinating. I loved the series.

DH liked that series, Barbara. I honestly got bored by the machinations of the advertising business in the 1960s, (or a stylized depiction of what we are to think it was like) though I agree the main actor, John Hamm, has a lot of appeal.
Character flaws and wrong choices make a story. Without that, all setbacks are caused by external occurrences, which is not half as interesting or relatable.
But that LIKABILITY thing, admittedly subjective, is a necessary element for me.

Yes, there are characters who are too difficult to be with while reading a book or listening to an audiobook. But sometimes, it’s not even the character, but the reader’s voice and intonation. I have stopped listening to some audiobooks simply because the narrator was too irritating to my ears.