Say you found out someone you were related to and thought you knew well turned out to have been a major spook? Not a little cog in a big machine, but an honest to goodness give-away-the-store (i.e. vital national security) sort of spy?

That’s what happened to me about half a year ago. Someone (now gone from this earth) turned out in now-released documents to have spied for the K.G.B. on the state of Israel. He wasn’t just “someone,” he was a member of the Israeli Knesset, (think of the American Congress or Senate) and a member of the most security sensitive committee there at the time of becoming, what the documents describe, “ a K.G.B. agent.”

He was also a published poet and a founding part of the state. Go figure.

All this is only a bit surprising. Put another way; upon reflection, some pieces fell into place.

And all this is a crisp reminder that fictional characters must be layered, too. They have the presentation all can see, the presentation only the closest to them see, and the layer no one sees.

Truth is richer than fiction? Right. But the storytellers’ control of their characters means we must never forget to have this third most hidden layer present in some form, even if it’s never explicit on the page. 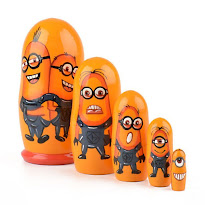 Passive construction in this post is deliberate. Hidden operators and hinted obfuscation in actions require this vagueness. 😎

Fascinating, Mirka! And a good reminder.

As for the passive construction, I didn't even notice it.

Mirka, it's always so neat to discover these things. And yes, characters must be three-dimensional otherwise they're just caricatures, flat.

Well stated and a great reminder.

Such an odd, interesting thing to learn, and good advice about characters.

Sounds like the makings of an interesting book. You already have the plot and the main character. Bring in a family's surprise about the father/husband/uncle/brother who had no idea about this person. How do they feel?

Well, MirkaK-- Speaking for myself, I felt positively WEIRD :0

I was in my mid-thirties when I found out my grandmother's first husband died after she married my grandfather. I'd understood her first husband had died in WWI. Evidently, only presumed dead. Though he did die not long after.

Wow! Fascinating news, and a good reminder about characterization. Is there a spy novel in the works for you?
(I'm guessing probably not, for security reasons...) I hope it can inspire you in other ways.

Wow! Just wow! It's amazing what discoveries wait to be found! Thanks for sharing this. It reads like — a spy story!