A few months ago, I suggested to DD that she consult with her teacher about certain career choices. “After all, your teacher is both old and wise,” I wrote.

I was swiftly corrected. “We don’t say old anymore. It’s not okay.”

Turns out teacher (and yours truly) are now properly called chronologically blessed.

I am mulling over whether to adjust, as I always have before. I have a long history with such adjustments.
I hope I’m not too chronologically blessed for that.

It started with the (now ancient) advent of Ms. I was a wee-one leaning English as a second language in Israel. Our English teacher was a delightful orthodox woman from South Africa. She informed us that in her English class the new “Ms.” doesn’t exist. “It’s neither here nor there, and proper English has Miss and Mrs.”

No wonder I came to the U.S.A. ill prepared. But I adjusted.

Then came the change from black to African American. I always try to call people what they want to be called, so despite the added length and relative unwieldiness, I adjusted. Some African Americans have informed me recently it’s back to black. I’m adjusting. I’m down with whatever you want because I respect you by either, and I accept this is a fluid matter.

Then came the ban on the word cripple. I’ve adjusted to disabled, and recently to differently-abled.

Retarded shifted to delayed, though they are almost synonymous. The new delayed holds the promise of eventual parity, and I doubt this is factual. But I’m game. I’ve adjusted.

Then came the non-binary pronouns. They are much harder, because my learned English grammar and the ghost of my former teacher from way back keep waving the red pen and striking they/them out when referencing a single individual. But I try.

But now, in my chronologically blessed dotage, I’m beginning to tire. I only ask the language police to respect my age and sense of propriety half as much as I try to respect theirs. Old to them is anyone over forty, and it’s a good olde (sic) word that deserves respect it has earned over five hundred years. 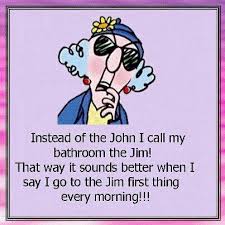 I agree, Mirka, it's an ongoing challenge to keep up with the politically correct terms to use. I had not heard the term 'chronologically blessed.' I personally don't like it and think it's unwieldy. Since I'll soon be one of the ones it's applied to (if not already, in some people's views), I'll just request that we stick with 'old.'

Ha! It is hard to keep up with all the changing words, and like you I have a hard time using they. Working in special ed, I've seen a lot of changes in terminology since I got my degree in the 90s. Intellectually disabled is the new term to replace disabled, but that will probably change again in a few years.

I'm having trouble with the non-binary thing myself.

As a writer, I get that *words are important.* I also recognize that language is a dynamic being. I just plead for tolerance when I slip or am not completely up on the changes. Tolerance seems in short supply.

Language constantly changes, and I don’t always like it. It makes it very difficult to edit when things keep changing like this.

Good grief. Chronologically blessed? That's awful. It's as bad as heteronormative something or the other. I think whenever people use complicated language they're trying to pull one over us. I'll stick with old and wise :)

Language is constantly evolving. I'll address people by the pronoun they want. But if I forget, I'm not being rude. I'm being forgetful.

Oh, one title I can do without: "Ma'am." I know the service person is trying to get the attention of a female person who is over the age of 18, but it sounds to me exactly like, "Hey, old lady!"

Sometimes people try to make concepts too complicated. Young and old are simple.