No, not that Clara Schumann 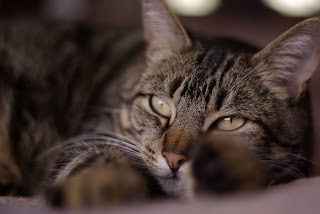 We took her out of a kill shelter only hours before she was scheduled to be euthanized. She’d been there over two months, and while all the other cats who kept her company were adopted, she was passed over. A volunteer texted me that “they can’t keep her any longer.” I got in my car and raced over, and this majestic lady, all eight pounds of her, graced us.

But in 2018, the year we lost another rescue who originally came with Clara, we gained a new cat, aptly named Nougat. Our new addition had serious digestive problems, and we finally solved those with a special rich if bland diet. The vet said this diet was fine for all our cats.

Clara Schumann thought so, too. In one year, her weight went from eleven to sixteen pounds.

The vet said to keep the same food, but restrict Clara to only half a cup a day. Three months later, she had gained 0.8 of a pound on this restrictive diet.

It was time for a blood test and a thorough checkup. The vet called, saying she had good news and bad news. 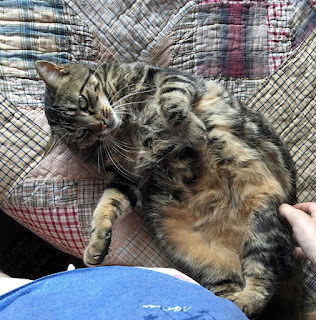 This meant Clara was going on a stricter diet. New diet food, and still, only half a cup a day. We are to feed her four times a day an eighth of a cup of diet food each time. The rest of the time, we are to manage our emotions as she begs for food.


Trust me, Clara Schumann’s diet is the hardest diet I’ve ever been on. Meow!

But there is good news. Seven and a half months later, she is losing her girth gradually and is gaining her pert. All eleven point six pounds of her. 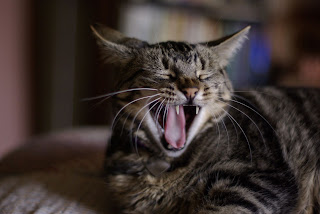 First, it's so sweet that you save her! Second, my cat had a time when she gained weight for no reason like this. Then she lost it all. There was no explanation for it.

What a beauty!!! Our cats just had their annual check up. Benny Boo is 15 lbs--solid muscle. Jules is 12--I love petting her soft belly. I'm still waiting for them to knead mine.

Ha-ha :D I don't have to wait. Clara is busy kneading anytime she hopes I'll feed here, which is all the time

I enjoyed this post. Particularly the line, "This is the hardest diet I have ever been on." It IS nice that you saved her, though, and you've taken such good care of her. She's a beauty.

Glad Clara's at her best weight now. Dieting is a drag--for everyone.


I remember the agony of having to restrict Echo's food supply for medical reasons. That pleading face! That whimper! Resistance is futile!

That's when our parental strength is tested ;)

I'm so glad Clara has you to care for her and look out for her best interests even when it's hard. Hugs to both of you.

Lucky kitty to have you!