When Should You Give Up?

The answer we hear in professional conventions (yes, writers and artists have them too. Conferences are not just for scientists) is that you must never ever give up.

John Grisham likes to tell how he gave himself a year to succeed, but when a small publisher acquired A Time to Kill, Mr. Grisham bought all five-thousand copies himself. Only after his second book, The Firm, made the bestsellers chart, did his first book get re-printed and voila, another story about not giving up.

It’s a wonderful story from a terrific storyteller. But he did give himself a deadline, didn’t he.

My answer is that it is okay to give up. But you can always do it later. So what’s the rush?

“Never” is a daunting notion. By all means, give up but do it later. Much later. The creative life is full of possibilities, so keep living it.

Love what you do, and thus love who you are.

Bit of summer musing as I plot my next novel. 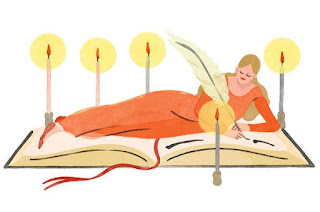 That's a great story. I gave myself 5 yrs and exceeded all my goals and expectations. And I agree, it is okay to quit. Heck, I quit my scientific career to stay home with my kids. People said "career suicide" but they just didn't get how important my babies were, infinitely more so than any expt. or discovery. That said, I think when something feels like a calling, you can't give up. I always enjoy your musings, Mirka.

Gratifying to be heard :)

I like the story about Margaret Atwood. She mailed her novel manuscript to McLelland and Stewart and didn't hear back from them.

Meanwhile, she self-published a book of poetry which won the Governor General's Award. Jack McLelland called her and asked whether she had written any novels. She replied, "What about the one I sent you two years ago?"

He found it sitting unopened on his floor, published it, and The Edible Woman was a big success.

Margaret Atwood is brilliant. I remember her book of poetry that I think was titled The Circle Game. If pursuing something is making you miserable, then I think it's okay to give up before you ruin your health--mental and physical. I am pursuing a problematic situation at work. It's difficult. It gives me headaches. But I will not give up because a positive outcome will affect many people's lives, not mine alone. One of my colleague's seeks ways to solve the same problem. It's nice that we can collaborate.

Wishing you much success in a challenging situation.

I also like the story of how Grisham put those books in his car and personally traveled around to bookstores selling them himself. Glad he didn't give up, I enjoy his books and the movies made from them!

I doubt an author will succeed selling from the trunk of their car today, when so many self-publish and haul many copies of their books in just such a manner. It's a crowded field online, of authors doing just this from their digital trunks. But back when Grisham took it on, (and adding his unmistakable personal charm) we all wound up winning from his persistence.

Wow. I'd never heard either the Atwood or Grisham stories. Buying 5000 copies couldn't have been cheap, but ultimately maybe it paid off... My two new books are both projects I started years ago, but I've just kept tweaking them, believing they were worth the effort. I do have one project for which I'm about at the giving-up point.

You always can, later. Maybe much later ;)

I like your "much later." I'd set myself a deadline of this August (2 years) looking for an agent for a YA manuscript. It's a bit different as it's near future scifi written in verse. But now that the deadline is looming, I'm not ready to give it up.