Where I live, the San Francisco bay area, we do not have real seasons. The comment attributed to Mark Twain about this is rather famous: “The coldest winter I ever saw was the summer I spent in San Francisco.” This hyperbolic sentence makes a good point.

But still, I know it’s summer, even if I can’t believe it. Not because it’s hot, (not!) or because I’m lounging at the pool, (I don’t have one and sunbathing isn’t good for the skin) or because the kids are off from school, (they graduated)— but because the passage of time seems unreal. Time seems to move ever faster, either as a function of aging or having fun. (The latter is a nicer way to think about it.) 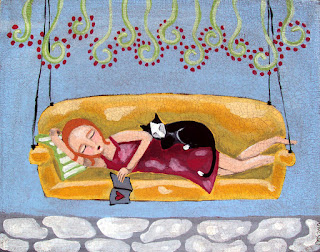 I have relatives in the bay area. I was there back in 82 or thereabouts. I remember having to buy a hoodie because I was freezing! We drove down the coast to LA. Never actually saw the ocean because it was foggy the whole way. Finally made it to LA and we baked in the hot sun at a Ren Faire. Oh yeah. We got food poisoning at a McD's in San Luis Obispo. It was not the best trip. lol

I live in Sacramento and am having the same feelings. Where on earth did June go?

Summertime is always a more lazy time for us, good for percolating ideas by the beach. Enjoy!!! It's sounds so pleasant in the Bay area too.

When I visited San Francisco several years ago during August, I was grateful I had packed a heavy sweater.

I love San Francisco's weather, even the chilly mornings, when fog blows over the Golden Gate Bridge as if a giant magic kettle were puffing steam.

We were once there during a freak heat wave in April, I think, and I had to buy sunscreen immediately.

I was at the beach in NC when this topic was posted, along with 57 other members of my family, including granddaughters ages 3, 5, and 7. It's definitely summer for me. :)