May 22nd in History

I stay away from politics on the Internet, because I have found that is makes good people behave and talk like bad people. Sometimes very bad people.

If you have followed any of my posts for any length of time, you know my fascination with “this day in history.” Lots of things happened on May 22nd, this date in history. But the most interesting will bring out the venom of the politicos.

May 22nd 1799, Napoleon declared Jerusalem for the Jews. Anyone who knows anything knows that it is central to the Jewish ancestral tradition in a way it is to no other tradition. But, whoa, don’t start me on that one.

May 22nd 1942 The Steel Workers Organizing Committee disbands, and a new trade union, the United Steelworkers, is formed. Looky here; unions were both the best thing and what built the American middle class, or a cancer on our country— depending how your politics navigates your mind. Please don’t start.

May 22nd 2015, Ireland declared Gay Marriage legal by popular vote. I like that this was done by popular vote and not by judicial decree, because legal marriage is a “communal acknowledgement” of status rather than a personal feeling. But, please, don’t start me on that one. (Well, I was the one who started— so woe on me.)

So here are some I hope we can celebrate together without bringing out the trolls and poisons that hatch in the mud:

But I saved my favorite for last:

May 22nd, 1849 Abraham Lincoln receives a patent (only US President to do so) for a device to lift a boat over shoals and obstructions.. 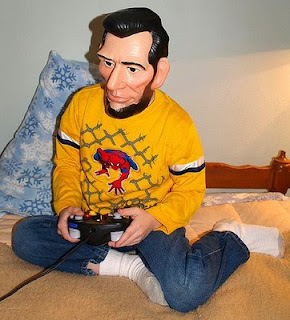 Oh, I forgot. There are some who are still mad about Lincoln. I’ll celebrate anyway.

We live in a society where it's difficult to say anything without it starting an argument between others. It's sad.

You're itching to comment, I know, Nili. Brava for holding off.

You can't please everyone, yay for May 22nd!