Ghosting in Fiction and Life

Ghost (verb, to ghost someone) = the practice of ending a personal relationship with someone by suddenly and without explanation withdrawing from all communication.

It’s happened to me (twice) although I have never done it to anyone. I’ve broken all communication with someone only once, but with a clear explanation. Having a friend or colleague disappear in the midst of an enthusiastic and close friendship is distressing, and despite re-establishing communication later and assurances that it was nothing I had done, it’s never the same.

Ghosting is apparently a standard feature of casual dating. I wouldn’t know, because I never dated casually. Increasingly, it’s a feature of the writing world’s business practices. Agents or critique partners disappearing into the ether after a flow of communication, and then, without a word--- nothing.* I haven’t had that, either, and I hope never to find myself in such a situation. I sure wouldn’t do this to anyone.
*There are closed/secret writerly Facebook groups I belong to, where lists of professionals who have ghosted their own clients are shared. Sadly, not as rare as I wish it were.

I was thinking about how breaks of close relationships are depicted in fiction, and it’s always dramatic. A speech, an outburst, maybe even violence, and “we’re done.” A clear demarcation for all to see. But how would ghosting appear in a fictional story? It’s the anti-drama, the no-sound/no-word/no-action event. Much more challenging to write and yet, to anyone who’s experienced ghosting, it is a dragged out wrenching life event. It’s worthy of a writer’s challenge.

So this is where I’m at, writerly-wise. All advice or venerable literary examples welcome. 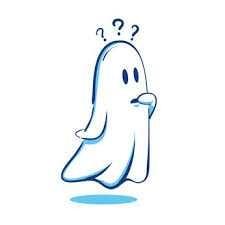 I'm sorry I don't have any suggestions about how to write such a break in friendship communication, but I agree that it's hard to have happen in real life.

I've been ghosted and boy does it hurt. The closer you were, the more it hurts. With the less close relationships, it takes some time to figure out that you've been ghosted but you do eventually. I have never does this to anybody. It's just not in my nature. If I had to end a friendship, it was done in person or via a letter. Courtesy demands it.

In fiction you can depict things as they are with the focus on the emotional aspect. It'd be more powerful.

My mother was ghosted by a relative and she was very hurt. She never found out why.

Excellent suggestions, Barbara and Vijaya. Outward actions belong to the MC, and so are the emotions. The ghost is an enigma. As I write personal POVs, there will never be an explanation though I can imagine young readers may be frustrated by this.

I actually wrote a story about a friendship where the main character needed to end the friendship, but because the friend had been ghosted in the past, she was afraid to. However, it wasn't from the POV of the person who'd been ghosted.

Social media: good suggestion, Jenni. I know of writers who say they've seen countless posts on Tweeter their own agents chirp in real time, while not responding to their clients' emails. This would be the MG equivalent social experience. "I'm alive, but not for you" sort of thing.

I've never actually experienced this in my life, so though I know others who have gone through it. Good luck with writing.

Yes. I've been ghosted. I think it's a coward's way of ending things. It would be so much better with an explanation.

I find ghosting a painful topic because it's happened to me and, despite trying to find out what went wrong, got no answers. Discussing the issue with friends, I was repeatedly told: "It's not about you, but about them." That turned out to be true, but it didn't make me feel better initially, for I wanted to know what the problem was. In a couple of cases, the friendship resumed and I did find out that they were going through something so challenging, there was no more bandwidth to communicate with anyone except immediate family. One of those friendships actually has grown stronger over the years but the other one, after a period of renewed closeness, eventually ended in a betrayal that totally stunned me.

"It's not about you, but about them."

MirkaK, I think this is spot-on. Otherwise, there would be an explanation.
People are endlessly confounding, which is why there are never enough stories to explain, explore, and express our fascination with us.