The Ebb and Flow of Life

From the time my kids were little, summer was the time to recharge. A scheduled ebb to the flow of new creativity. The end of August was the time to grease the wheels and test the gears before turning the engine on in fall.

This rhythm hasn’t failed me yet, but there is always that twinge of anxiety as to whether my vehicle’s engine will in fact turn on.

The other day, while feeling particularly twingy, I thought about a couple we know. They married in their thirties and by the time they got down to having children, pregnancy just wasn’t happening. It was not for lack of trying, they say. When they were just about resigned to starting complicated medical regiments in the hope for a baby (while preparing mentally to remain childless, as adoptions are not an easy route for the over-forty) the woman became pregnant. 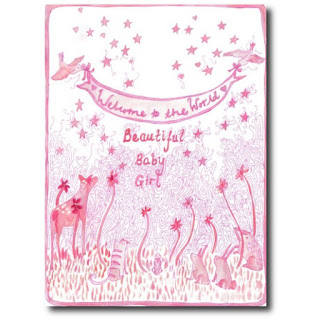 And this one daughter was followed by three more children less than two years apart. In their late forties, they found themselves the parents of four healthy, lovely children, and no extraordinary medical intervention needed.


I thought how this is what all creativity is like. We plan, we try, and sometimes we feel arid and dry. Then the gates open and the river rolls in.

Intentional pacing is the part we do. Without it, the river has no groove to flow into. Writers call it butt-in-chair. But some humility is needed, as there is a mysterious part that comes when it comes. 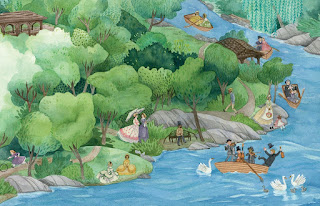 Ah, the seasonal writing rhythms. I'm looking forward to getting back into it too.

And what a lovely story about your friend. We know a couple who met when they were 40--and what a joy when they had their first, then a second, a third, and finally twins. Such surprising miracles; they had no idea they'd be so richly blessed.

Blessings for a new writing season.

Wishing you a wonderful flow of creativity as the fall season arrives, dear friend.

Out of necessity, I have to draft between client edits, which mean I have to demand my creativity to cooperate with me. It’s usually tough at first but then picks up.

You have the most professional writerly discipline of anyone I know, Kelly. Thumb's up

I like your creativity comparisons! My writing has always been in the ebb and flow. Normally I never doubt that the flow will start up again after having been in an ebb phase. That's where I am now, after having taken a 3 year break from any writing except journaling. Even my blogging went away for awhile. But as I get older, there is the thought that maybe my brain won't work the same and the words just won't come. We'll see.

Embracing the changes is part of allowing the flow...~~~