A few years ago, when I began writing story picture books, conventional wisdom in How-To books was that such stories must not exceed 2,000 words. No problem. None of mine were that long.


A bit later I ran into a new site that said picture book writers should never exceed 1,200 words per story. A writers’ conference in New York brought the news that 1,000 words was the new upper limit, and one agent claimed she has not sold a story longer than 800 words.


Fast forward a couple of years, and the busy bees were buzzing. A new chant was in the air, perfuming it and permeating the printer paper everywhere a picture book writer was at work. Our quaky-shaky typing hands trembled at the admonition: 500 words. That’s it.


Recently an agent told a writer friend that her 500 word stories were, well, iffy. Good, but possibly too long for today’s market. The new sweet-spot was closer to 300 words.


Why do I get the feeling that writers are being written out of picture books? 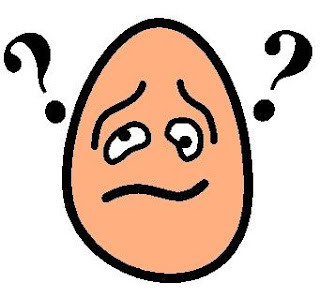 Wow, I'm impressed with those last three word counts of yours. I try and try to make my stories shorter, but some stories just can't be told in fewer than 500 words or 800 or 1000, as the case may be. I like the traditional, longer picture books myself, but clearly the general public isn't buying them, or at least not the newer ones. Someone mentioned that a new longer pb has to compete not just with other new pbs, but also with all the well-loved, longer traditional books which are still in print. Buyers will frequently go with a book they loved as a child themselves, than with a new, unknown book. It's definitely a dilemma.

In my last paid critique, the critiquer (a Newbery winning author) said that a pb book is the illustrator's venue, that her job as a writer is to write as few words as possible to let the illustrator shine.

So yes, I think your comment about writers being written out of pbs is sadly probably true.

Congrats on meeting the challenge Mirka. I heard recently from some editors and agents that there are exceptions to the above. They felt that someone started a rumor about word count and somehow it got out of hand! Leave it to human nature!

Good for you, Mirka! I think I'm just too wordy for PBs, lol!

I sure hope you're right, Diane. I have some great stories that should not be told in three hundred or less...

Yes, I'm definitely afraid writers are being written out of picture books, too. I heard a discussion recently amongst illustrators on how to become illustrator-authors, as that's much more profitable. I have no problem with people trying their hand at writing, but think it's a shame that no one in the picture book world seems to place much value on authors.

I recently met someone at a writer's conference who had started self-publishing her picture books because she refused to bend to the call for lower word count. She told me with fierce pride that the picture books she loved best while growing up had lots of text, and there was no reason there weren't still kids out there who wanted words with their pictures.

I have no idea how her books are selling, but I thought it was an interesting reaction to this trend.

Of course a story still has to be as long as it needs to be. The story itself tell you this.

I took it as a challange. I still write the 'long' ones, and even the really long ones. (Chapter books and MG)

Harold Underdown made a comment along these lines, if I remember right, that might be on his site. The comment was that true picture books have always been this short, and it's the disappearance of the longer "picture storybook," the ones that were sometimes up to 48 pp., that makes it seem like word counts are changing. I don't know, but I have to agree that author/illustrators seem to be where this form is going. People say that tired parents want to read the SHORT books at night, and I really do believe this. The only books that seem to be long anymore are those about licensed characters, e.g. Pooh, and I find myself noticing they could be a lot less wordy.

You may have hit the nail on the head, Marcia. No wonder I have a headache...

I am always amazed at how much I can cut an already short story but 300???? Yikes!

I know it's crazy, right? I've written PB's that range from 94 words to 900 words. Some publishers do take them on the longer end, around 900. Many around under 500 though. I think they really want the illustrations to do half the work.

I haven't done this before, but I feel compelled to post a link to an article that says it well, even if it is a tad (...) wordier than my post^

As a person who's written some pretty damned long PB's, I find the whole emphasis on the idea that short is good and long is bad to be somewhat alarming. But I must say that when I've done the folktales aloud in a story telling format a zillion times, I tend to find, months after the text is cast in (digital) stone, that I really could have streamlined a bit more. And if I could, I would definitely go back and redo my first PB.

Sad to know! definitely a dilemma.;(